Join us for a panel discussion and visual presentation focusing on the strategies and problems of education process in the field of digital art, effective instruments of practical and theoretical learning, and multidisciplinary project based approach. This program is organized in conjunction with the ID.ART:TECH EXHIBITION on display in the Gregg and Marquis Galleries which explores ID as a phenomenon with a wide scatter of meanings – from the term in psychoanalysis (id) to the document that certifies one’s identity (ID) – from the forms of sociopolitical functioning of portraits to the images of mass culture and social networks. Panelists: Ellen K. Levy, Christopher Fynsk, Anna Frants, moderated by Natalia Kolodzei. 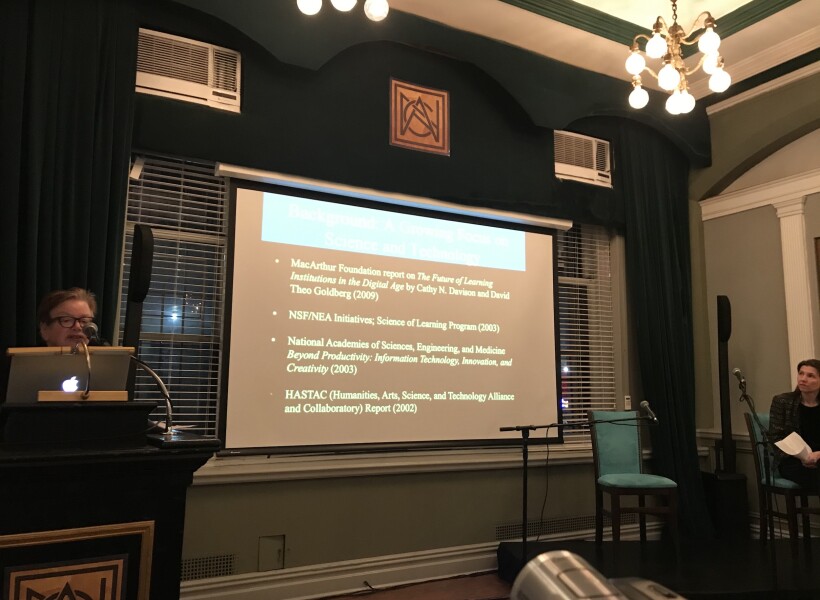 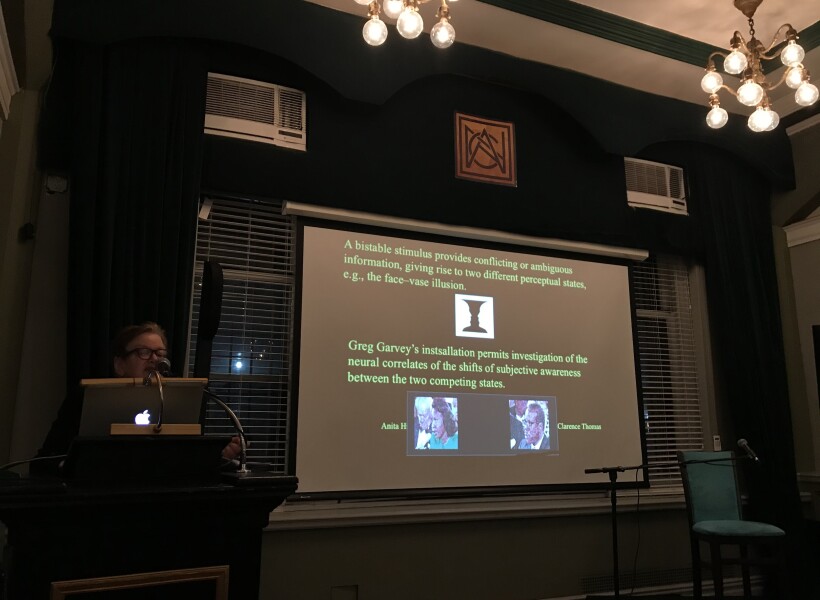 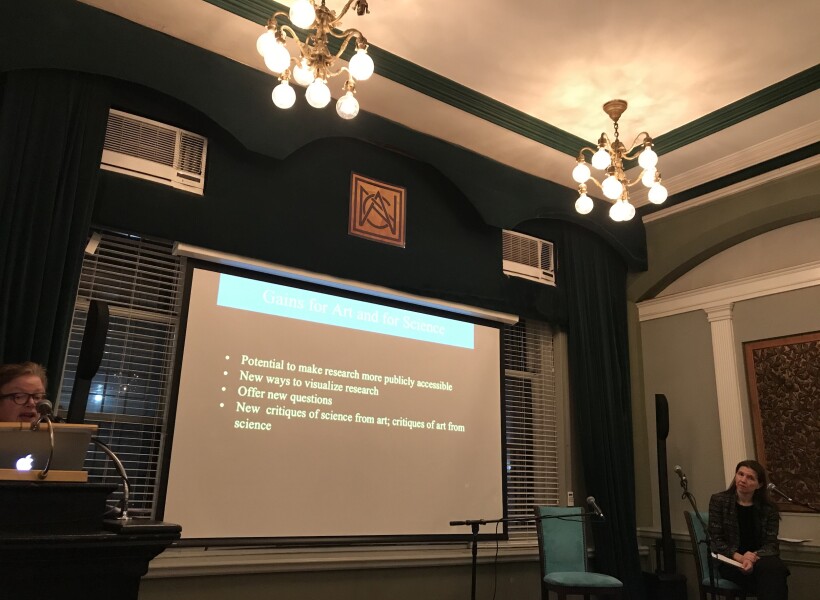 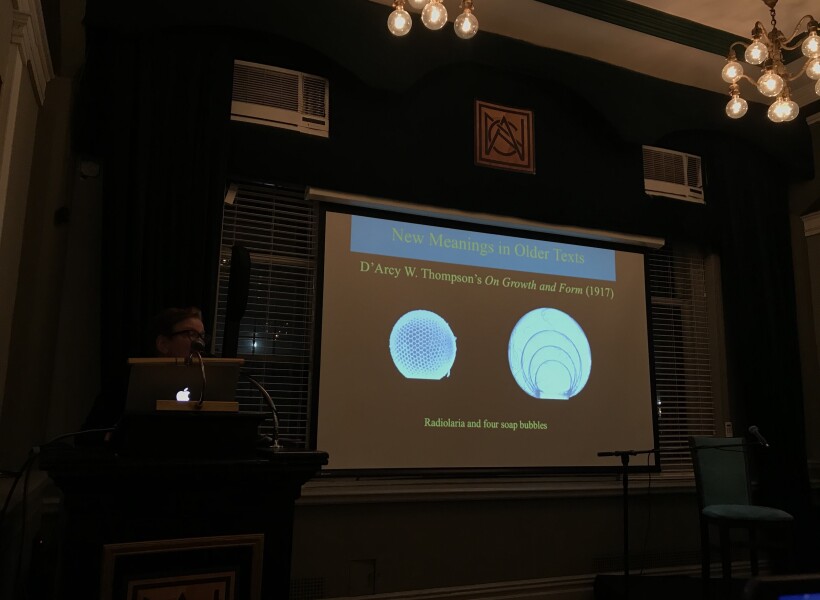 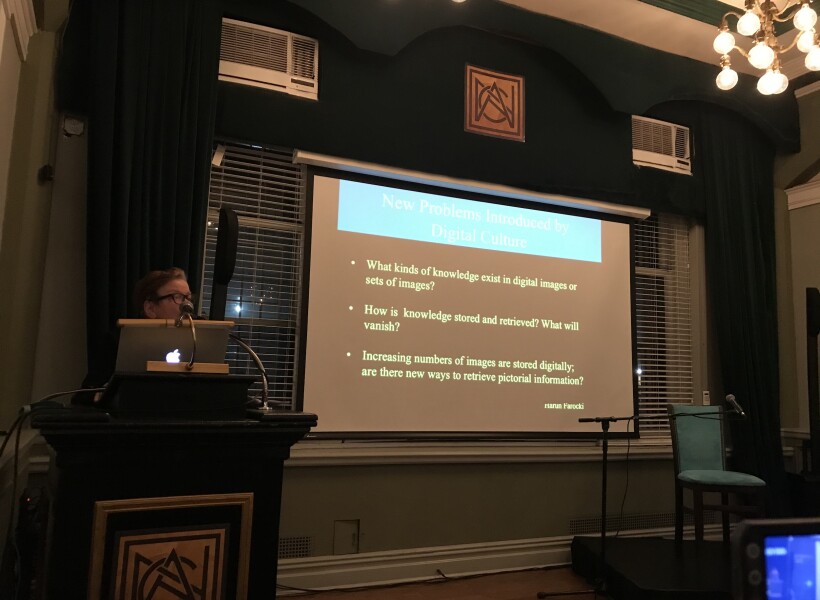 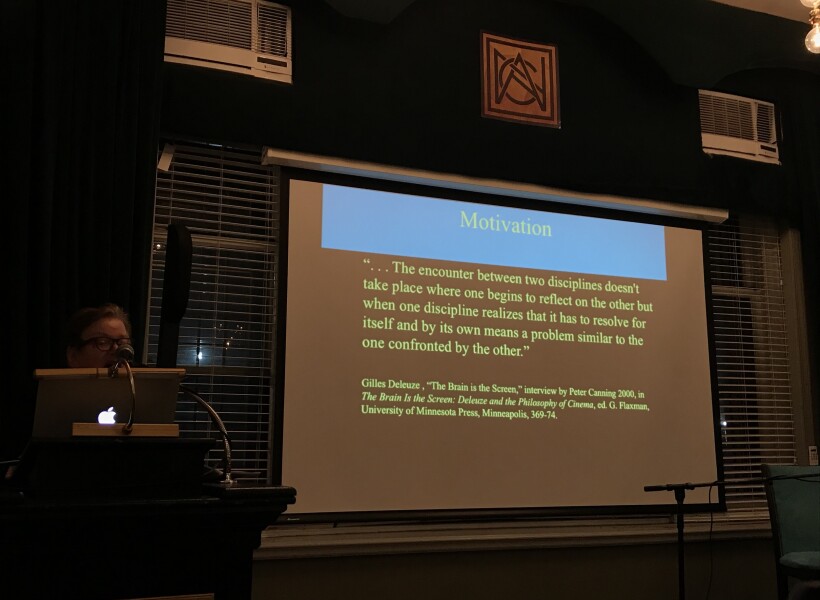 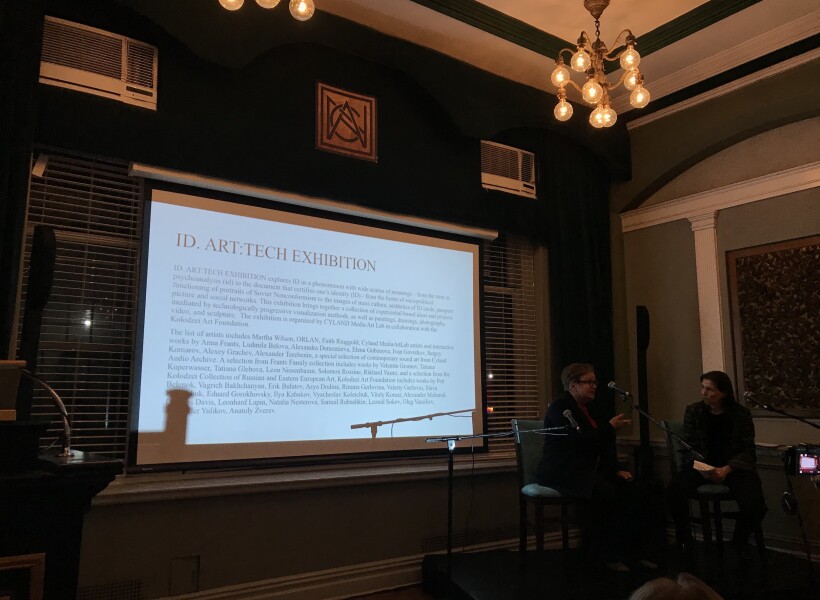 Ellen K. Levy is a NY-based artist and writer whose research centers on complex systems. She was Past President of the College Art Association before earning her doctorate from the University of Plymouth (UK). She then served as Special Advisor on the Arts and Sciences at the Institute for Doctoral Studies in the Visual Arts. Her graduate studies were at the School of the Museum of Fine Arts, Boston following a B.A. from Mount Holyoke College in zoology. Levy’s solo exhibitions include the New York and National Academy of Sciences; she was represented by Associated American Artists and Michael Steinberg Fine Arts (NYC). She has been in landmark exhibitions overseen by Lucy Lippard and Martin Kemp. She recently exhibited her art at Cyfest held in Saint Petersburg, Russia. Honors include an arts commission from NASA, an AICA award, and a Distinguished Visiting Fellowship at Skidmore College. She has published widely on complex systems and has taught at Cooper Union, Brooklyn College, and the New School. With Charissa Terranova, she is co-editor of an anthology (forthcoming from Bloomsbury Press) about the enduring influence on contemporary art, design, and architecture of On Growth and Form (1917) by D’ Arcy W. Thompson.

Christopher Fynsk currently serves as Chief Academic Officer of the European Graduate School, a celebrated cross-disciplinary university based in Switzerland and Malta.  He is also Dean of the Division of Philosophy, Art, and Critical Thought at the EGS, and has offered seminars there for twenty years. Professor Fynsk has held academic positions in the U.S., France, Scotland, and Switzerland, serving both in a teaching and senior administrative capacity.  He is the author of six monographs that bear on topics in continental philosophy, literature, art, and the politics of the university.   His current research focuses on the theme of rhythm.

Anna Frants is a New Media artist and curator who co-founded CYLAND Media Art Lab. CYLAND is one of the most active New Media art nonprofit organizations, and houses the largest archive of Eastern European video art online. As Co-Founder of Cyland, Frants organizes exhibitions at top art and technology institutions around the world; as a curator and artist, Frants is an important voice in the cultural dialogue surrounding experimental and new media art. Frants has contributed to symposiums and panels for universities, festivals, and exhibitions worldwide. Her interactive art installations have been exhibited at venues around the world, including the Venice Biennale, the St. Petersburg Biennial, Moscow Biennial and Polish Biennial, The State Hermitage Museum (St. Petersburg, Russia), Museum of Art and Design (New York), Pratt Institute (New York, USA), The Chelsea Art Museum (New York, USA), Tate Exchange (London, UK),  VAP / Gogolfest (Kiev, Ukraine), Transmediale (Berlin, Germany), Manifesta (St Petersburg, Russia). Frants has also participated in an exclusive 17 day expedition to The Arctic Circle with The Farm Foundation of Arts and Sciences. Frants Family art collection contains numerous new media artworks in addition to paintings and works on paper.

Natalia Kolodzei, an honorary member of the Russian Academy of Arts, is a curator and art historian specializing on the art of Russia, Eastern Europe, and the former Soviet Union. Ms. Kolodzei is also Executive Director of the Kolodzei Art Foundation, and, along with Tatiana Kolodzei, owner of the Kolodzei Collection of Russian and Eastern European Art, containing over 7,000 pieces (including digital art) by over 300 artists from Russia and the former Soviet Union of the 20th and 21st centuries.  Since 1991, Ms. Kolodzei has curated over eighty shows in the US, Europe and Russia, including: Oleg Vassiliev: Memory Speaks (Themes and Variations), the State Tretyakov Gallery, Moscow and the State Russian Museum, St. Petersburg; Moscow-New York =Parallel Play, Concerning the Spiritual Tradition in Russian Art, From Non-Conformism to Feminisms: Russian Women Artists, and From Leningrad to St. Petersburg, Chelsea Art Museum, New York. She is an author and editor of multiple publications and organized and contributed to symposiums and panel discussions for universities and exhibitions worldwide. In 2010 she was a member of Culture Sub-Working Group under the US-Russia Bilateral Presidential Commission.