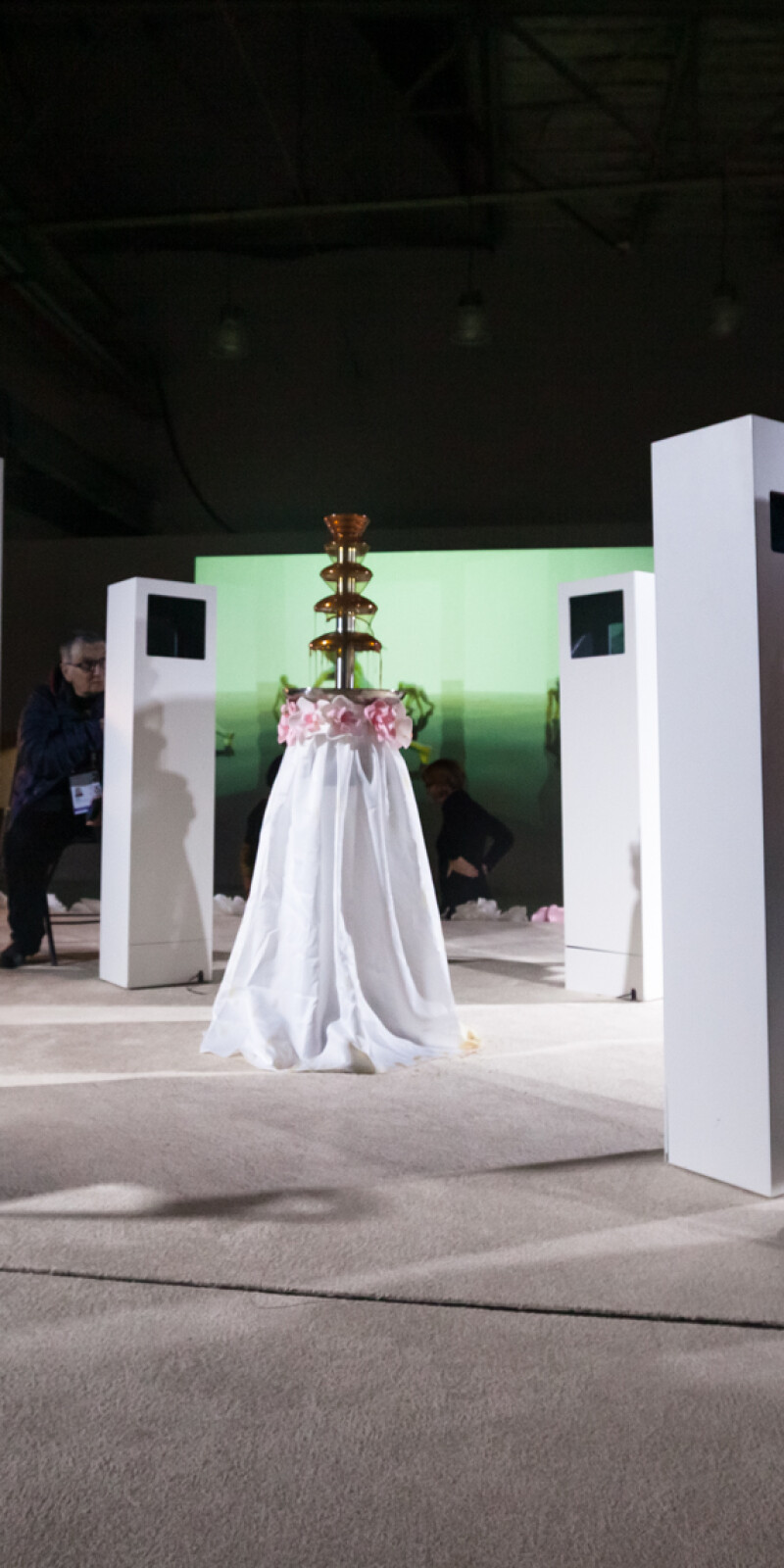 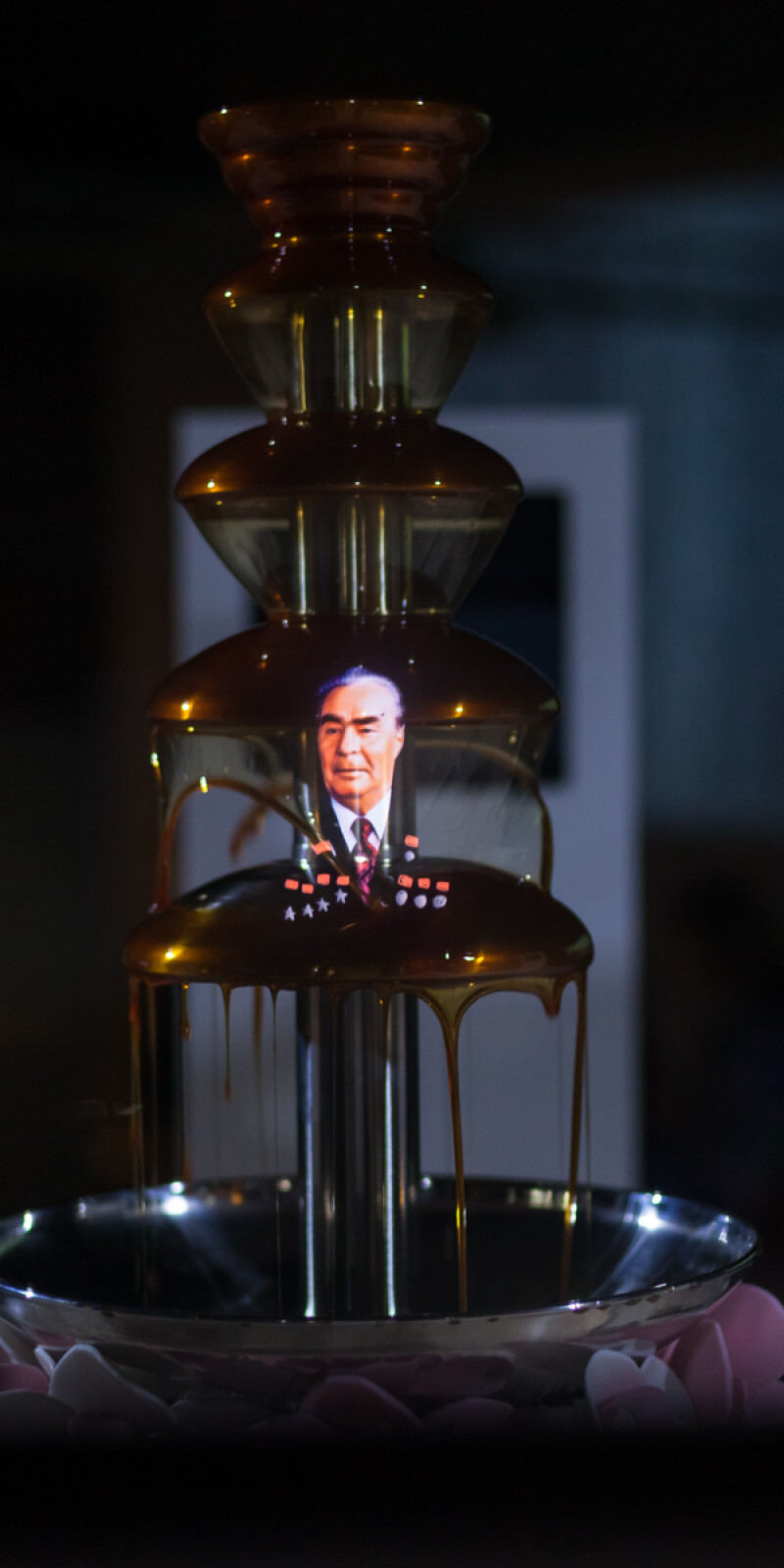 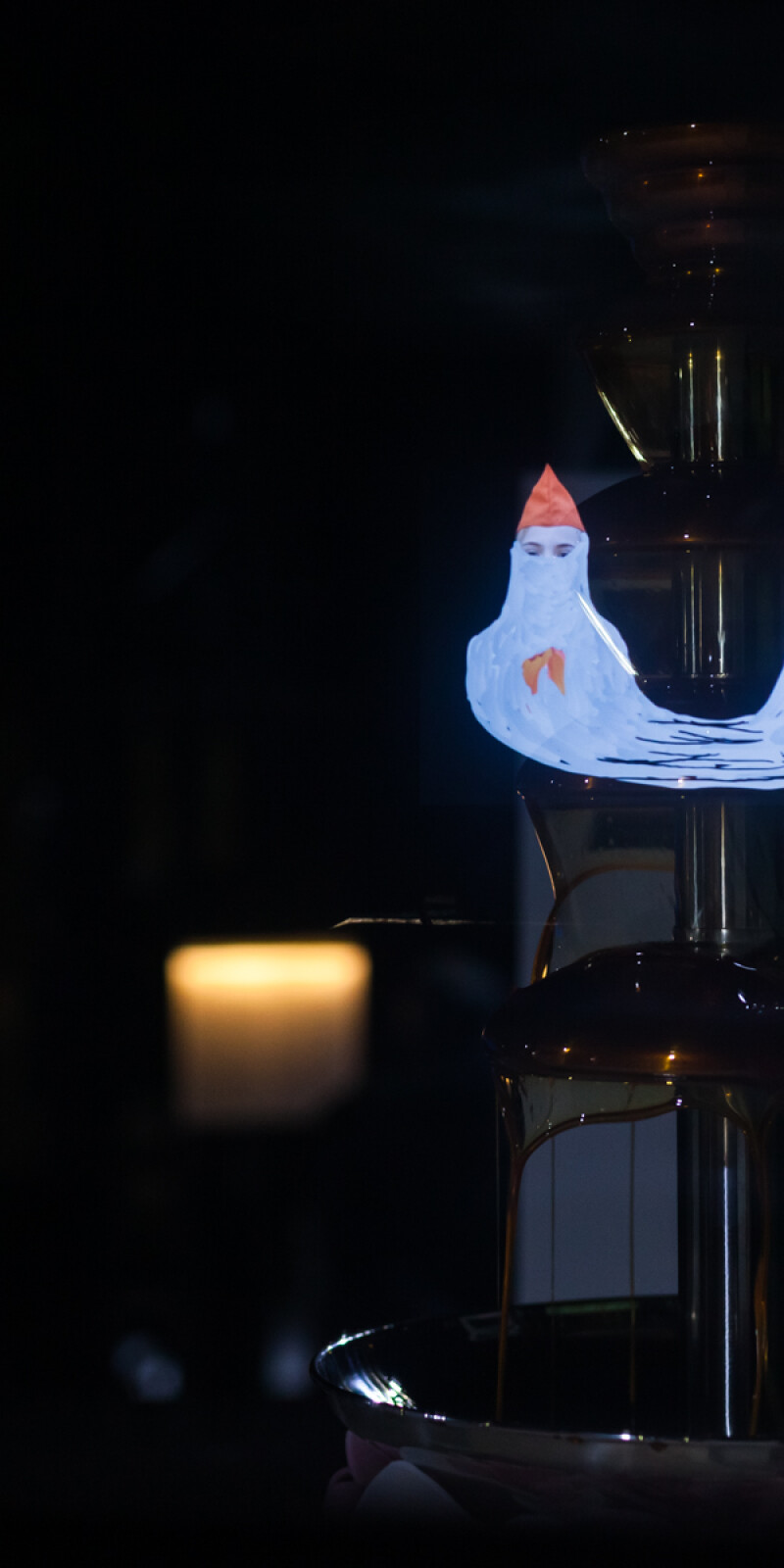 We are glad to present a new piece in the CYL AND Audio Archive! Recently, our sound collection was replenished with a soundtrack for the installation In Chocolate by Vladimir Rannev and Marina Alekseeva. The artwork In Chocolate was first shown as part of the ID. ART:TECH exhibition at the Zattere Cultural Flow Zone at the Ca’ Foscari University in Venice, as well as at the CYFEST-12 in St. Petersburg. Soundtrack performed by vocal ensemble N’Caged.

You can listen to the soundtrack here: https://cyland.bandcamp.com/album/caa-53

With the technical support of Sergey Karlov

Various characters from Soviet media reality who were long associated with the past have recently become the new face of modern Russia, in the wave of nostalgia for the Soviet era. By optical illusion, Alekseeva and Rannev put these resurrected dinosaurs in a chocolate fountain, in a “sweet life”. But even here they continue to sing the Soviet national anthem.