February 21, CYLAND artists Alexandra Dementieva and Anna Frants presented the 10-year history of CYFEST at Goldsmiths, University of London. CYLAND began their annual festival in 2007, in St Petersburg, Russia. Over the following editions, this event grew to be housed across the world’s most prestigious institutions. 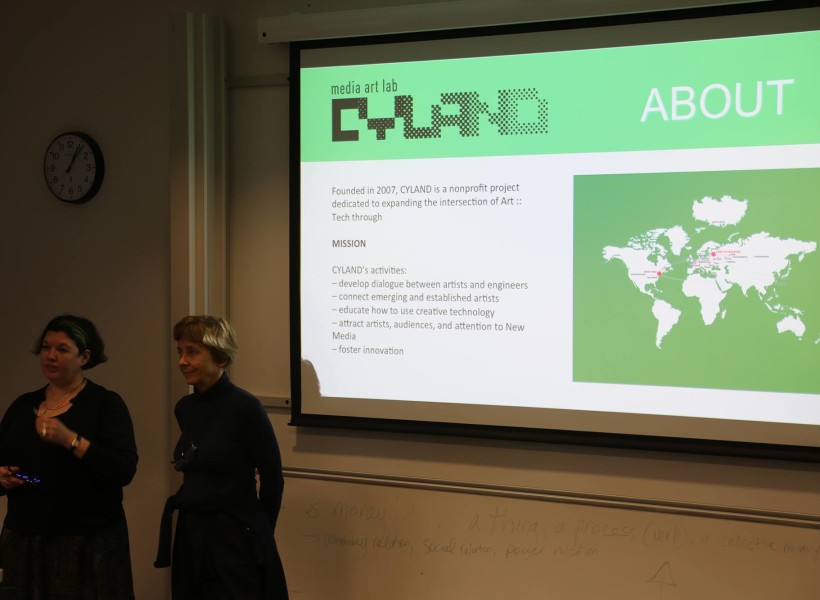 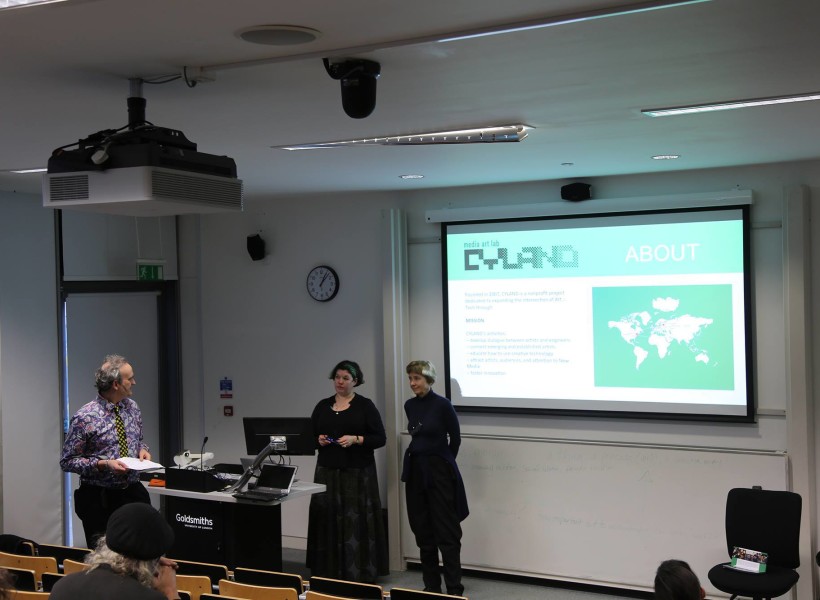 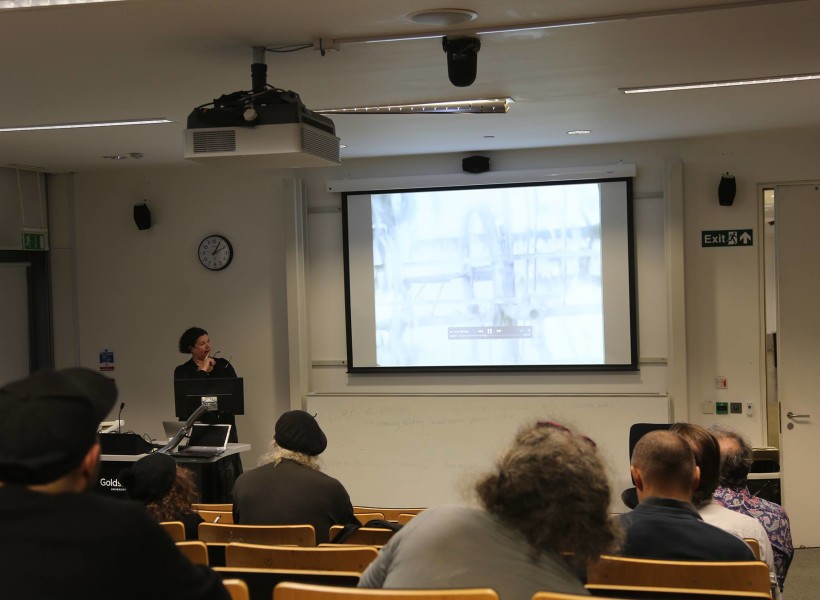 One of the largest international media art festivals, CyberFest (a.k.a. CYFEST) was founded in St. Petersburg in 2007 by independent artists and curators. The festival promotes the emergence of new forms of art and high technology interactions, developing professional connections between artists, curators, engineers and programmers around the world and exposing wide audiences to the works in the field of robotics, video art, sound art and net art. Over the years, the festival has invited artists from Russia, USA, Germany, Japan, Canada, Argentina, Brazil, Finland, Italy, the Philippines and other countries.

Anna Frants is an internationally renowned New-Media artist and curator who co-founded both CYLAND Media Art Lab and the St. Petersburg Art Project. CYLAND is one of the most active New Media nonprofit art organizations, and it houses the largest archive of Eastern European video art online. As Co-Founder of Cyland, Frants organizes exhibitions at top art and technology institutions all over the world; as a curator and artist, Frants is an important voice in the cultural dialogue surrounding the experimental and new media art. Frants has served as a contributing writer to NYArts Magazine as Art and Antiques Magazines and contributed to symposiums and panels for universities, festivals, and exhibitions worldwide. Anna Frants’ interactive art installations have been exhibited at top venues around the world including the Venice Biennale, the St. Petersburg Biennial, Moscow Biennial and Polish Biennial, The State Hermitage Museum (St. Petersburg, Russia), Pratt Institute (New York, USA). http://annafrants.net

Alexandra Dementieva is an internationally renowned artist who has been creating works of electronic, video, interactive and installation art. She focuses her work on social psychology and perceptive conditions, changing them into multimedia interactive installations. Through her projects, she aims to widen the viewer’s perceptive capacity by using different means: computer, video projections, sound, slides, photographs, etc. By hinting at historical, social and political events, Alexandra Dementieva’s exhibition space becomes a frame in which the idea develops and changes. Her projects perform an in-depth investigations of the perceptive experience and the way in which the spectator interacts both with the works as with the other spectators. She exhibits her work in the important venues and festivals in Belgium, where she lives and works, and internationally across the globe – in Russia, Brazil, Italy and Mexico. http://www.alexdementieva.org