On March 11, 2016 CYLAND MediaArtLab hosted the artist talk with Oleg Elagin, a media artist and a musician from Samara, at the White Hall of the Taiga Space in St. Petersburg.

The main object of attention for Elagin is a reflection of absolutely de-humanized art, made by means of digital technologies. He’s from a cohort of artists – “alchemists”, assiduous experimenters with the internal texture, “body” of artwork. In his case it’s an nonmaterial, digital texture of media. Working in the genre of video art, artist fills his artworks with visual and sound effects for deforming chosen fragment of reality, or creating some new image, lost any connection with the objective world. 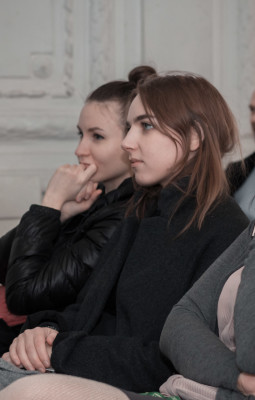 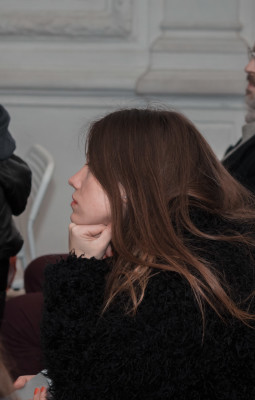 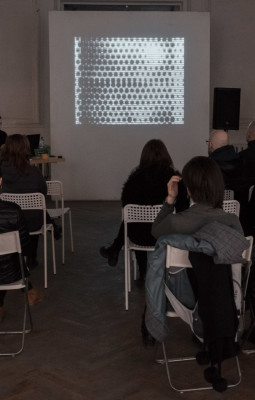 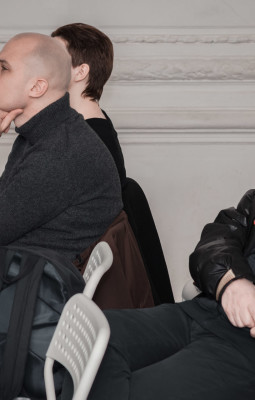 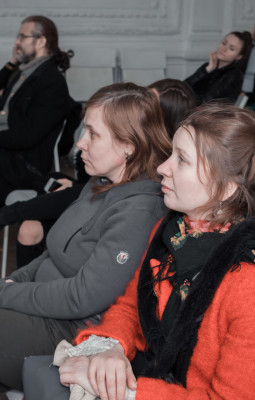 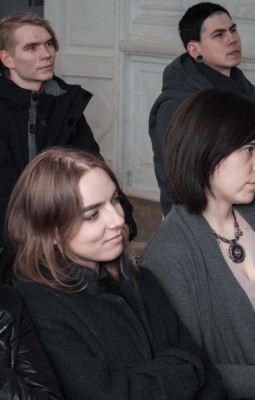 The most attractive themes for Elagin is “mistake”, “malfunction”, “information noise”. Another artist could scarcely contemplating of the screen noise with such sincerity as he does. The system failure has interest for him as a self sufficient and self-valued effect, having it’s own visual potential.

What is the way of constructing reality for such kind of art? What consistent patterns in the viewer’s reception of this art are possible? These are the questions of artist’s interest uncovered during the talk.