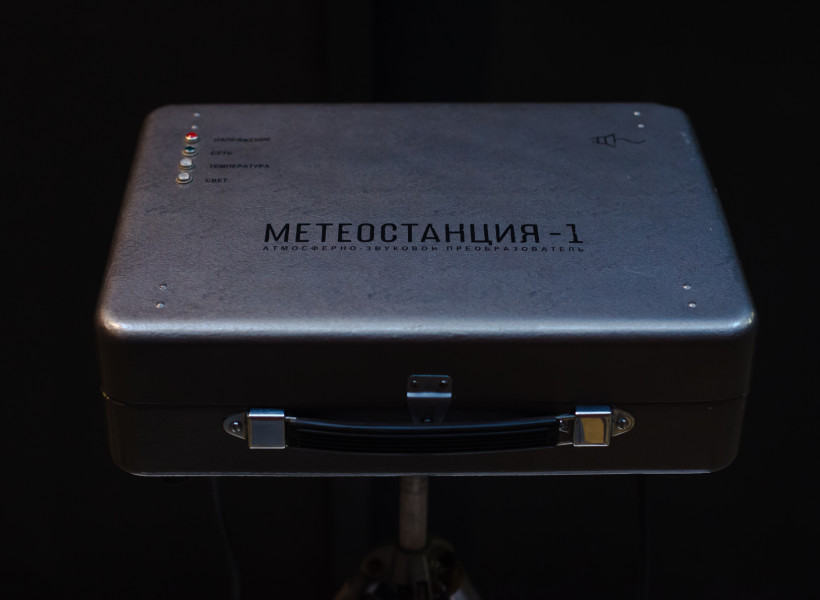 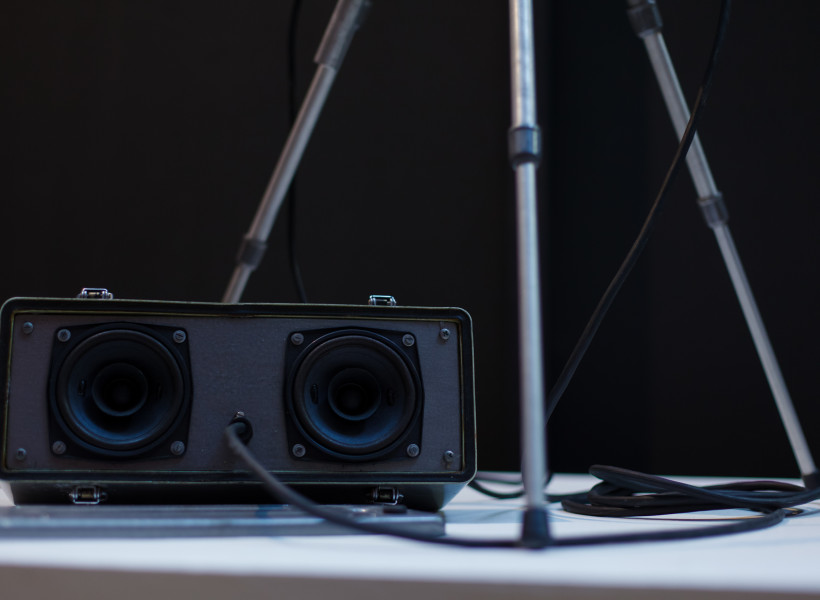 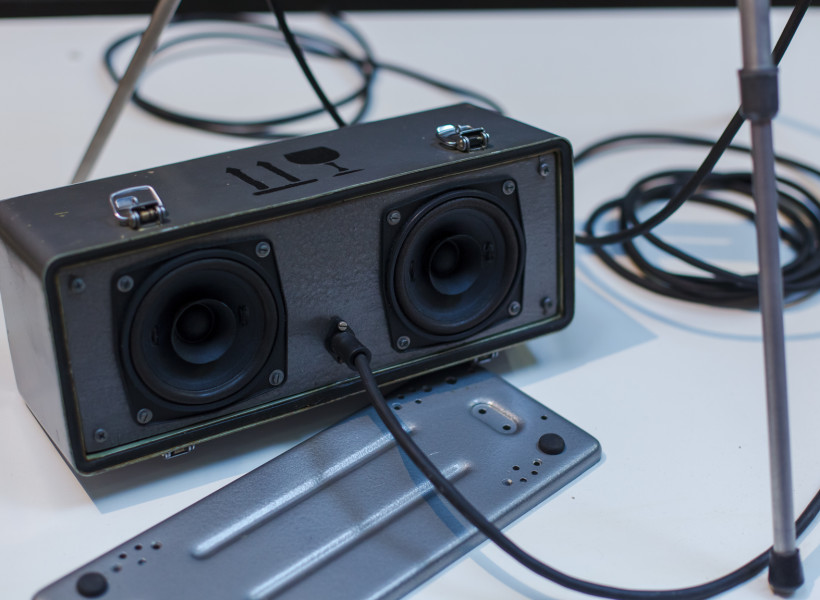 Not many people know what the famous scientist Lev Termen, author of the electro-musical instrument Theremin and many other inventions, was doing during the years of his imprisonment at the design bureau TKB-29 NKVD. However, during 8 years of his being at that bureau, the Soviet science made a giant step forward in the development of electrical engineering. It is possible that that was precisely the time when Termen developed the concept of transmitting information by means of tonal-rhythmic musical drawings. After all, being a prisoner, he understood the importance for a person to have a connection with the outside world in the conditions when the world is invisible and imperceptible… Weather Station 1 is a reflection of Aleksey Grachev on how a portable atmospheric-acoustic transducer would have looked if it were created by him as an engineer. The instrument’s purpose is to observe the state of atmosphere by transforming data from the sensors into a melody.