Algorithms and “trainable machines” form the personal profiles of users and constantly analyze their behavior. So when two people make the same request, Google gives completely different results. Everyone swims in their own cosmos, on their own wavelength. The diligent but linear algorithm protects us from encounters with the random. 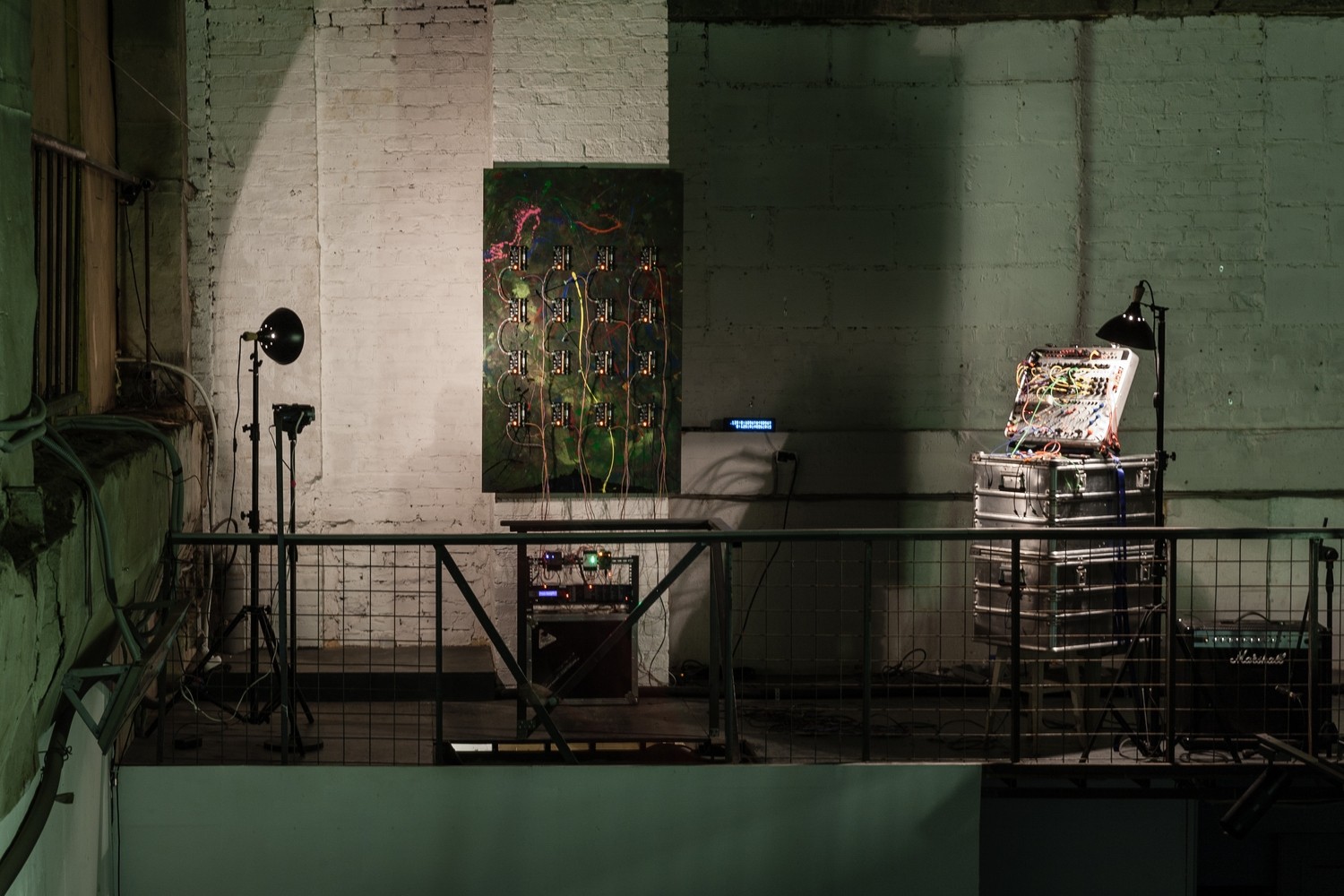 This installation, in which chaotic natural data are transformed into signals, is an attempt to catch and preserve in sound the invisible random element which continues to exist in free movement, bypassing trainable algorithms. The work is in two parts and displayed in two spaces.

At the exhibition at the Stieglitz Academy, the installation takes the form of an abstract canvas to which 16 electronic modules are attached. Each module is a board equipped with a Geiger counter and an analyzing circuit. As the particle passes through a gas capacitor, an impulse is generated which is then converted into a control signal. The data obtained from the module is sent as triggers to the Raspberry Pi micro-computer and transformed into MIDI commands for the Waldorf synthesizer in polyphonic mode, which produces notes through the Marshall guitar amplifier. At the same time, data from the counters is analyzed and displayed on screen. The video is a graph generated in real time showing the distribution of particles recorded by the counter, a different visual iconography and a unique generated random number. The parameters of the sound synthesis change depending on the generated number.

At Luda gallery, data obtained from the modules from space 1 is sent under MQTT protocol as signals to a micro-computer in space 2. The microcomputer sends the control signals to a Korg MS-20 synthesizer, which generates notes and assembles them into a sound composition. The parameters of the sound synthesis also change depending on the generated number in space 1. Simultaneously, on a projector the micro-computer displays a visualization of the data obtained in the form of a particle darting around the screen.