Exhibition "We Are Here" 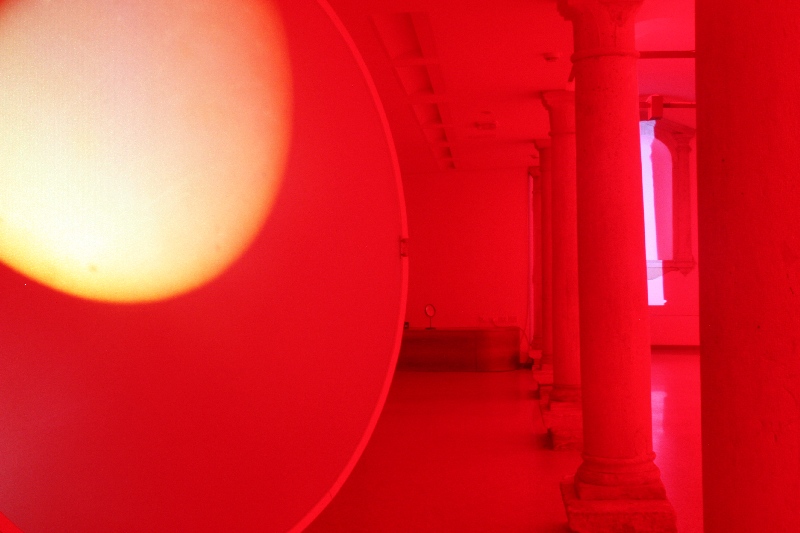 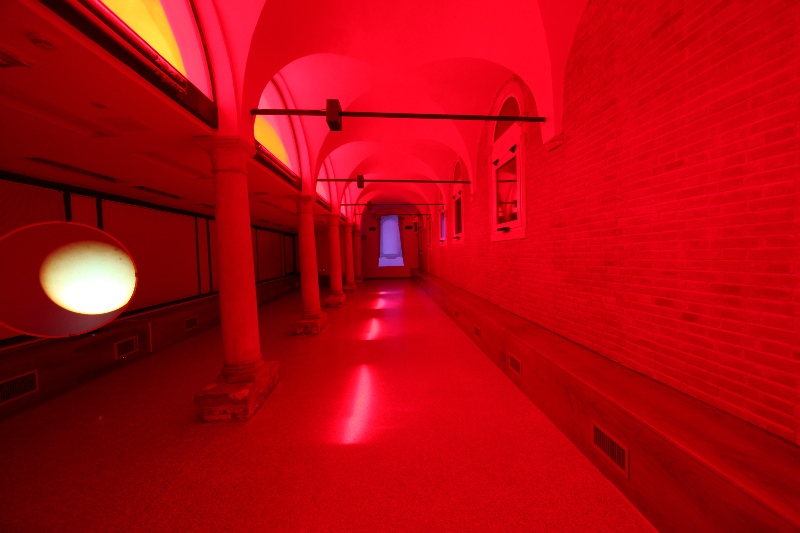 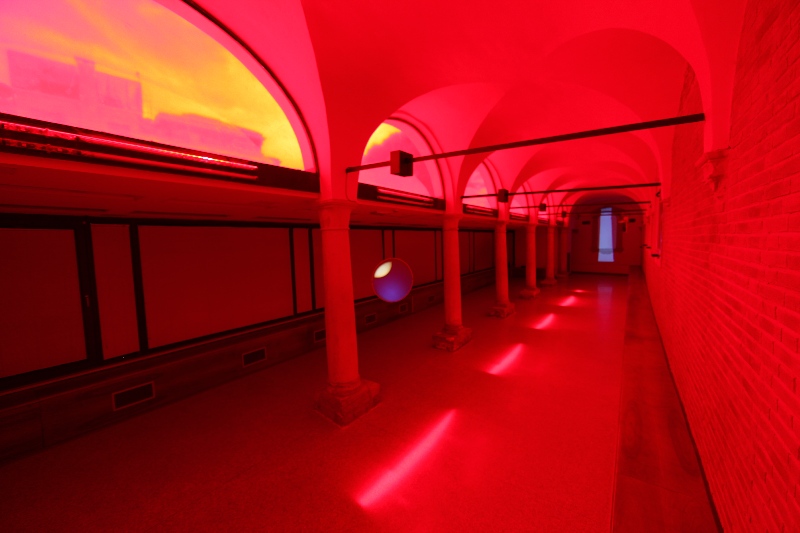 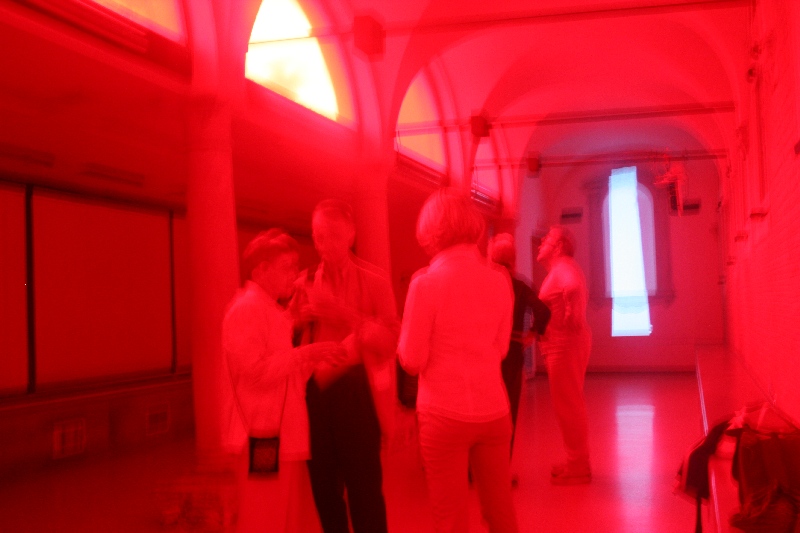 When [the Laputians] meet an acquaintance in the morning, the first question is about the sun’s health, how he looked at his setting and rising, and what hopes they have to avoid the stroke of the approaching comet. This conversation they are apt to run into with the same temper that boys discover in delighting to hear terrible stories of spirits and hobgoblins, which they greedily listen to, and dare not go to bed for fear.

Redshift – the displacement of spectral lines towards longer wavelengths – is a concept well established in astronomy. Due to the Doppler effect, redshift occurs when a light source moves away from an observer. Cosmological redshift is attributable the expansion of the universe. The length of a light wave increases as space expands. It is said that the light emitted by galaxies undergoes a redshift.  Redshift is also the title of a project by artists Elena Gubanova and Ivan Govorkov. Despite the fact that the artists are linked to astronomy by family ties (Gubanova is the daughter of prominent Russian astronomer Vadim Gubanov), they handle this concept more as a metaphor that enables them to effect its shift from one field of human endeavor (science) to another (art). But are these fields as distant from one another as might appear at first glance? Many artists have been interested in astronomy. Blueprints for a lens telescope were discovered in Leonardo da Vinci’s notebooks. On the other hand, astronomers have long been fascinated with optical effects. What, then, is the significance of the metaphorical shift that Gubanova and Govorkov implement in their project?

First of all, the artists transfer the concept of redshift – which is used to describe the expanding universe intuited by the general theory of relativity – several centuries into the past, to the age of Galileo and Kepler. It is Galileo, who not only produced the first refracting telescope but also pointed it towards the heavens, to whom we are obliged for the “expansion” of our universe that continues to this day thanks to the launching of satellites, space telescopes, and probes. The invention of the telescope made astronomy visible, thus opening up incredible prospects for exploring the galaxy. Later, the emergence of photography made it possible to record what the telescope saw without the intervention the human hand. It is no accident that the Latin word perspicillum (which is what Galileo dubbed his own telescope) was translated into Russian in the eighteenth century as “perspective” (perspektiva). Attained with the aid of optics, this visualization is presented by Gubanova and Govorkov in the project Redshift. Only for their own observations of the heavens, the artists use not a telescope, but the architecture of the building itself: an elongated space replaces the telescope’s tube, while windows covered with red filters act as lenses. Transfigured in this way, the building amounts to nothing less than a “zero-magnification” telescope that enables viewers to observe the sun.

Moreover, the filters that redden the exhibition space provide the artists with yet another metaphor. The sun cannot be observed directly through the lens of a telescope because it is far too bright for the human eye to bear. Astronomers either display an image of the sun on a screen or use special light filters to make their observations. When the image is displayed on a screen, the telescope is turned into a television that broadcasts live not only spots on the sun – faculae, prominences, and many other things – but also the heavenly body’s movement across the screen, a kind of natural animated film that visibly demonstrates the Earth’s rotation. As they travel over the walls, floor, and ceiling of the exhibition space, the vermilion patches of sunlight generate the same effect, rendering visible our earthly time, which is measured in daily, monthly, and yearly cycles.  The use of filters is likewise reminiscent of the simplest methods for observing solar eclipses with darkly smoked pieces of glass. One of the optical effects manifested during a solar eclipse are the crescent-shaped spots in the shade produced by tree leaves. These are multiple images of the solar disc that emerge in tiny openings in the foliage as in a camera obscura. The semi-circular and crescent-shaped bright-red patches of light moving about the exhibition space are a symbolic image of the sun that the artists have generated within their own gigantic camera obscura.

The project Redshift is dedicated to astronomy, a science that, among its other achievements, has made it possible to conceptualize the idea of time, to turn it from a speculative construct into a visual fact. This is a project about subjective time, which has its own wrinkles and is measured not so much by the revolutions of the heavenly bodies as by the memory of the artists, one of whom grew up in the most utopian place on planet Earth, the Pulkovo Astronomical Observatory, the principal observatory of the Russian Academy of Sciences. This is a project dedicated to the memory of our expanding universe, which transmits to us the decelerating light of the stars.