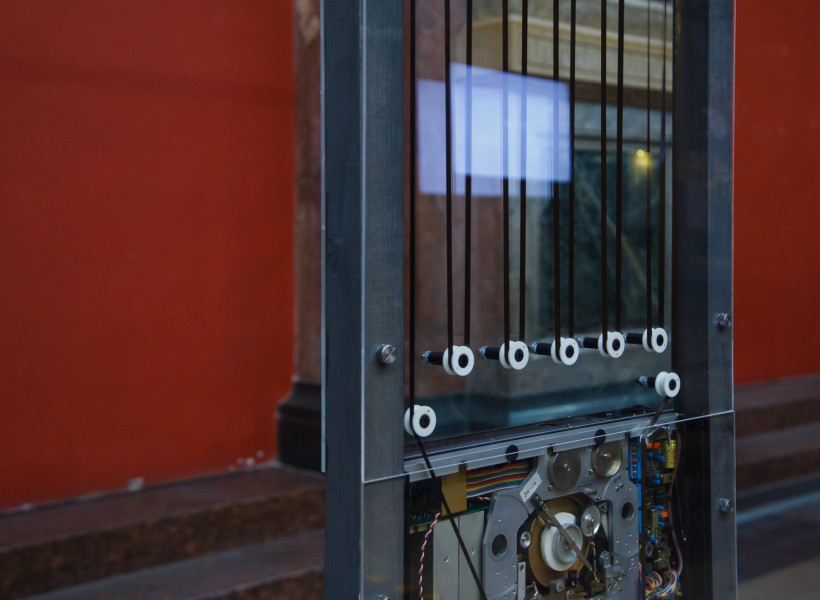 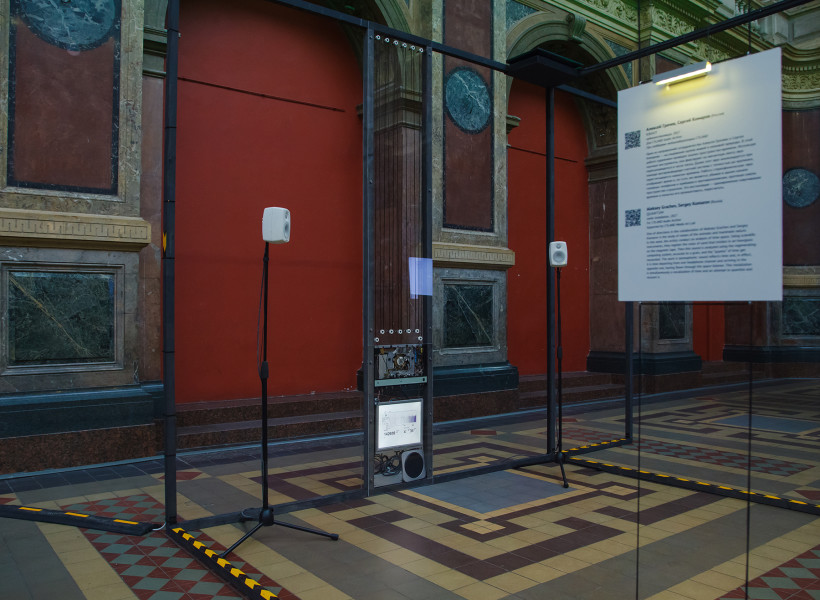 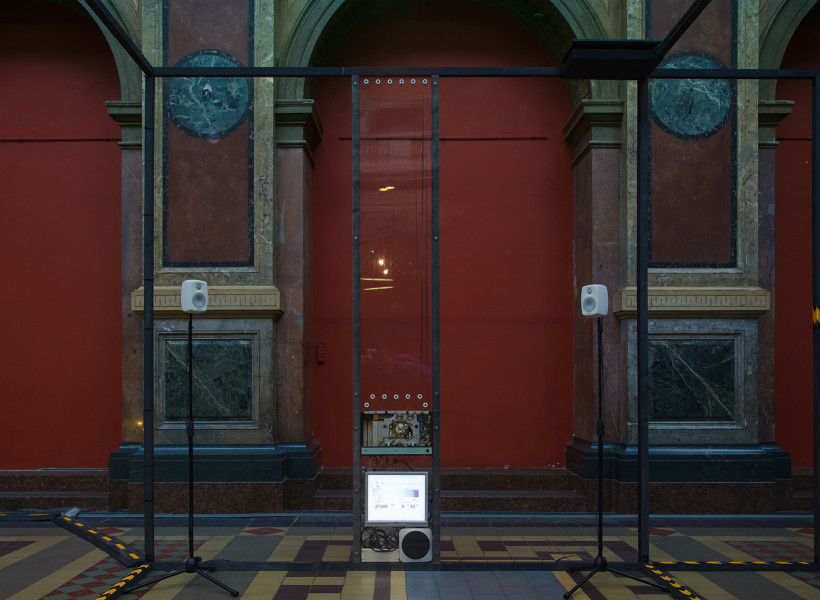 One of directions in the collaboration of Aleksey Grachev and Sergey Komarov is the study of noises of the animate and inanimate nature. In this work, the artists conduct an analysis of time-space. Using scientific instruments, they register the noise of sand that trickles in an hourglass on the magnetic tape. Then this sound is analyzed using the regenerating-computing system, accurate to a grain, and the “quanta” of time get recounted. The work is stereophonic: sound reflects time and, in effect, it is time departing from one headphone channel and arriving in the opposite one, having flown through the space-listener. This installation is simultaneously a vocalization of time and an attempt to quantize and recount it.