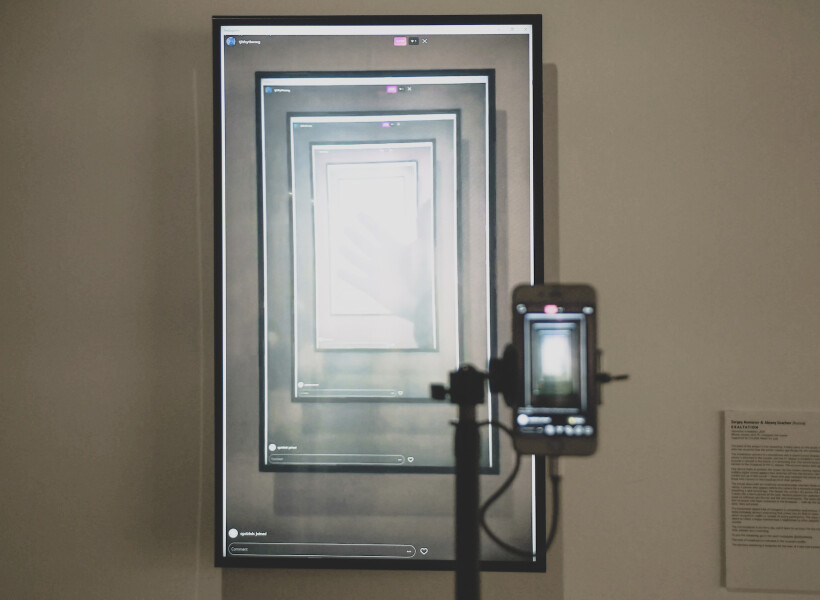 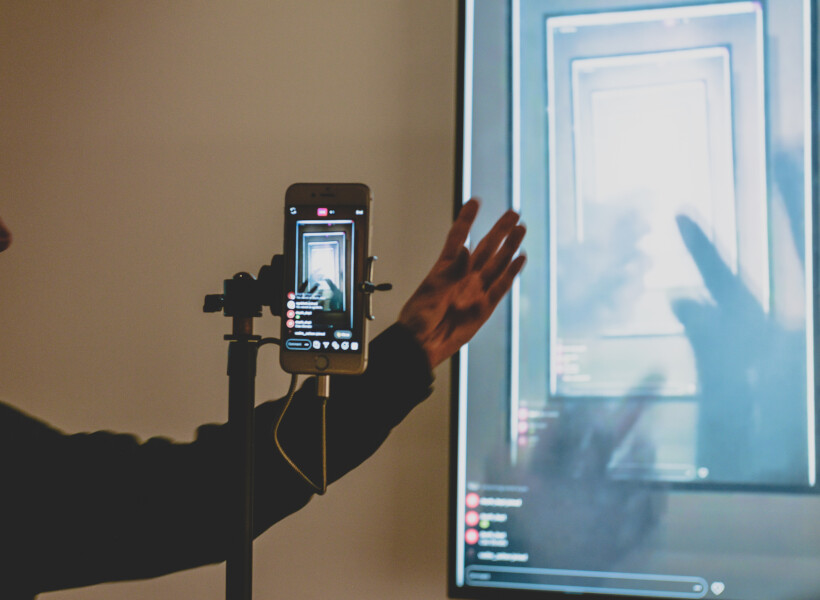 The basis of the project is live streaming. It takes place on the social network Instagram with two accounts that the artists created specifically for the exhibition.

The installation consists of a smartphone and a Liquid-Crystal Display (LCD). The smartphone is attached to the counter, and the LC display is situated in front of it. The first account is opened in the phone; it is streaming live. The second account transmits a connection to the broadcast of the LC display. The account names were generated randomly.

One device looks at another; the screen for live-stream viewing repeats endlessly. An endless digital tunnel appears that stretches off into the distance. All the visitors of the exhibit end up in this tunnel – those who pass between the phone and the monitor and those who connect to the broadcast from their gadgets.

The virtual abyss with an intuitively comprehensible interface feeds on what goes on in reality. A person who appears before the camera for a moment eclipses what has been streaming a split second ago. The deeper the corridor, the poorer the image quality, until it turns into a blurry picture of the past. Random passers-by captured by the camera replicate ad infinitum, get blurred and fall into nothingness. The same abyss is the destination of people who have connected to the broadcast – with all the comments, notifications, likes and emoji.

The bottomless digital tube of Instagram is completely autonomous. It revels in itself. It indiscriminately devours everything that comes into its field of vision. It does not care about recognition, traffic or number of active participants. The abyss is immune to the desire to create a happy moment that is legitimized by other people’s likes and the view counter.

The live broadcast is on every day during the exhibition, and it lasts for an hour. For the rest of the exhibition time, viewers see a recording.

To join the streaming, go to the user’s Instagram @tjhfsythwreg. The time of broadcasts is indicated in the account’s profile. The previous streaming is forgotten for the sake of a new live transmission.