Anna Frants in collaboration with CYLAND Media Art Lab
Installation, 2019
From the series “Matter of Chance” 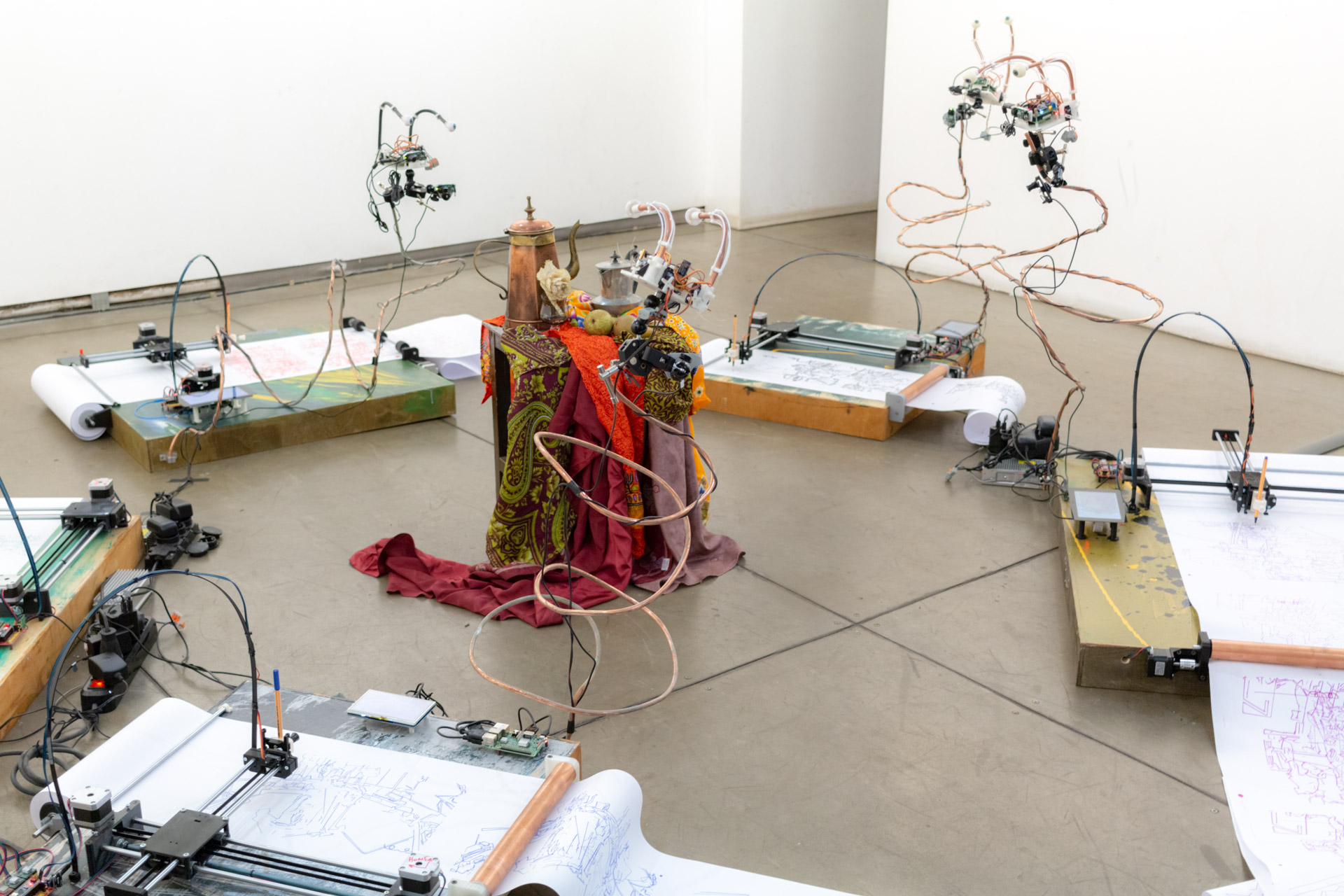 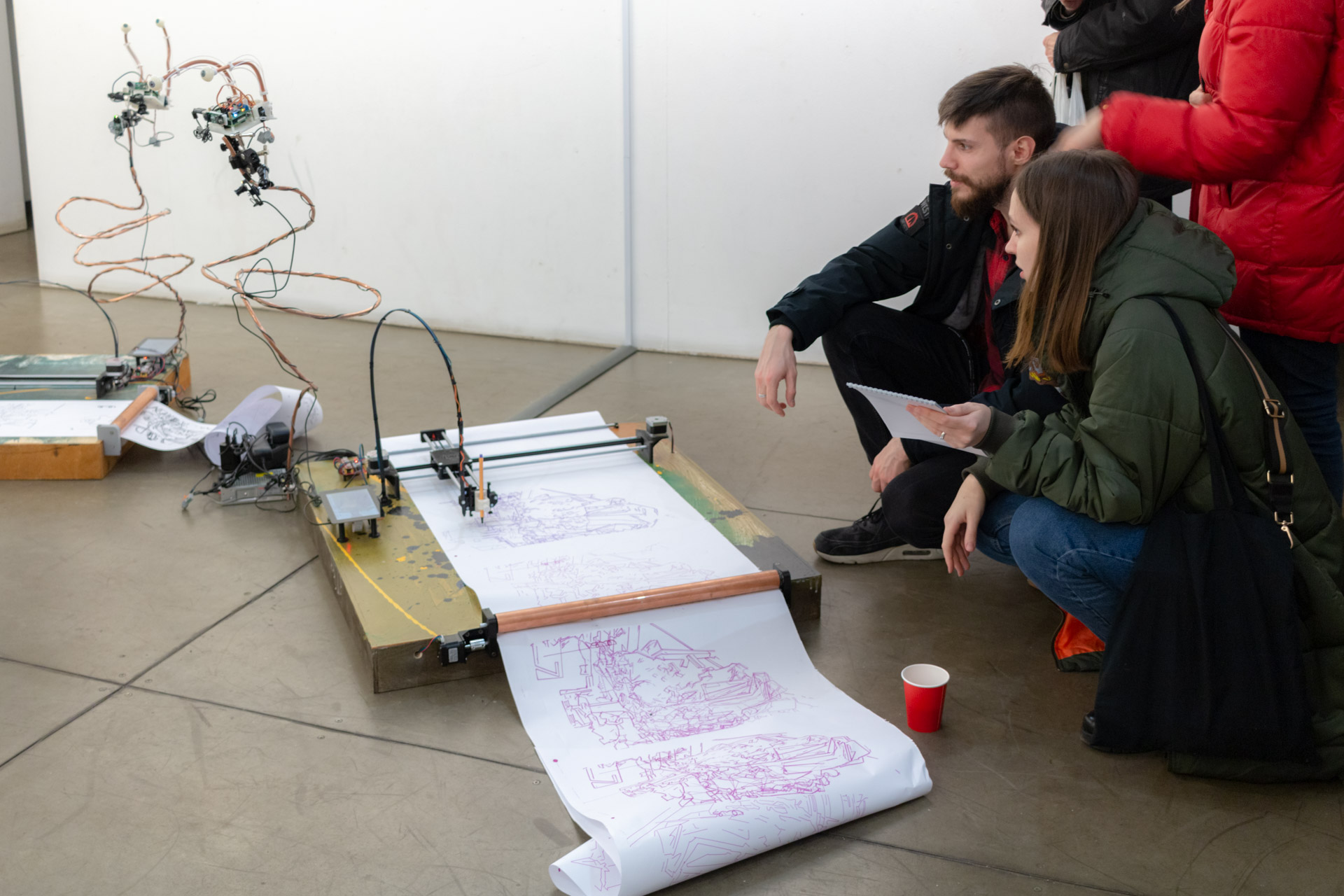 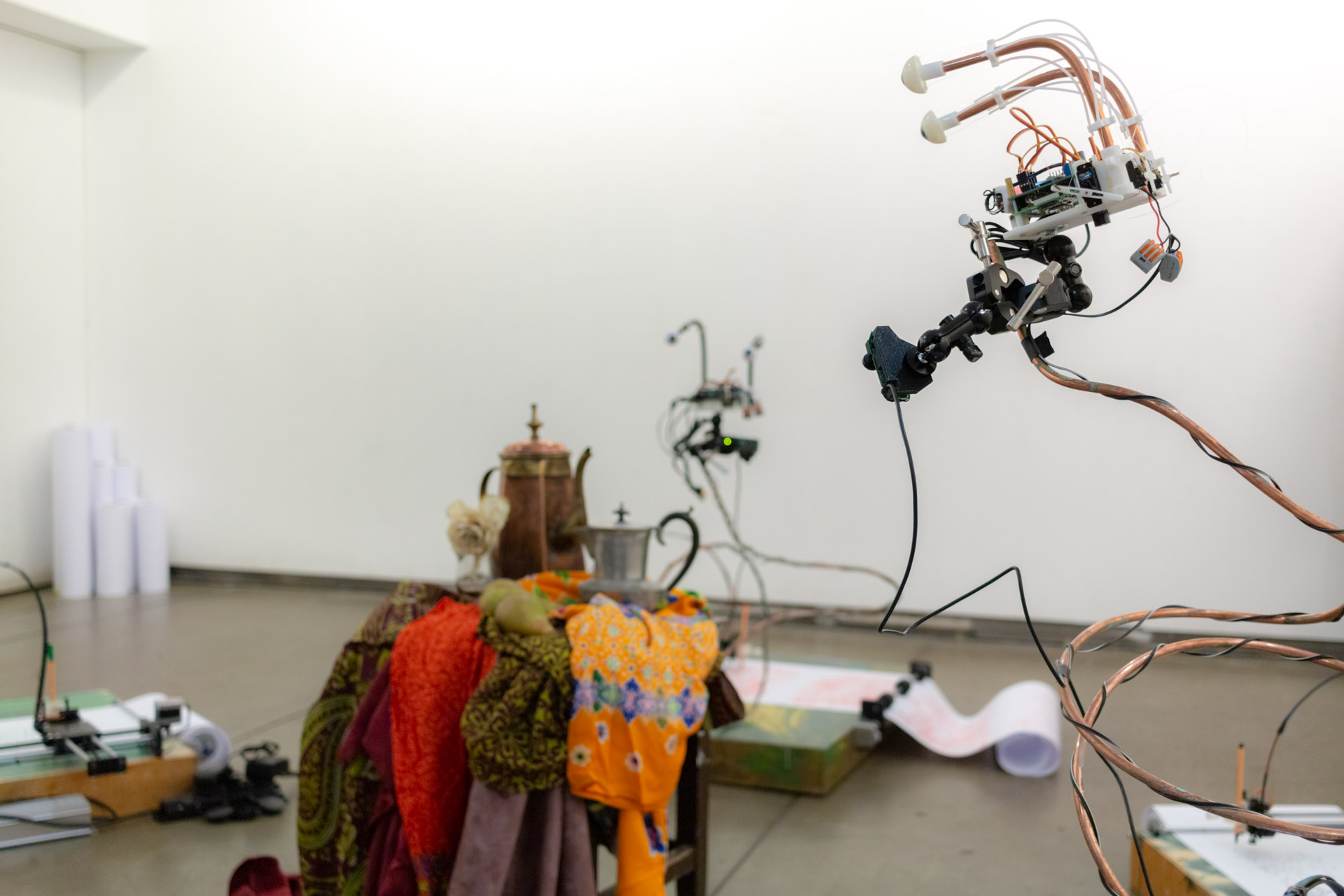 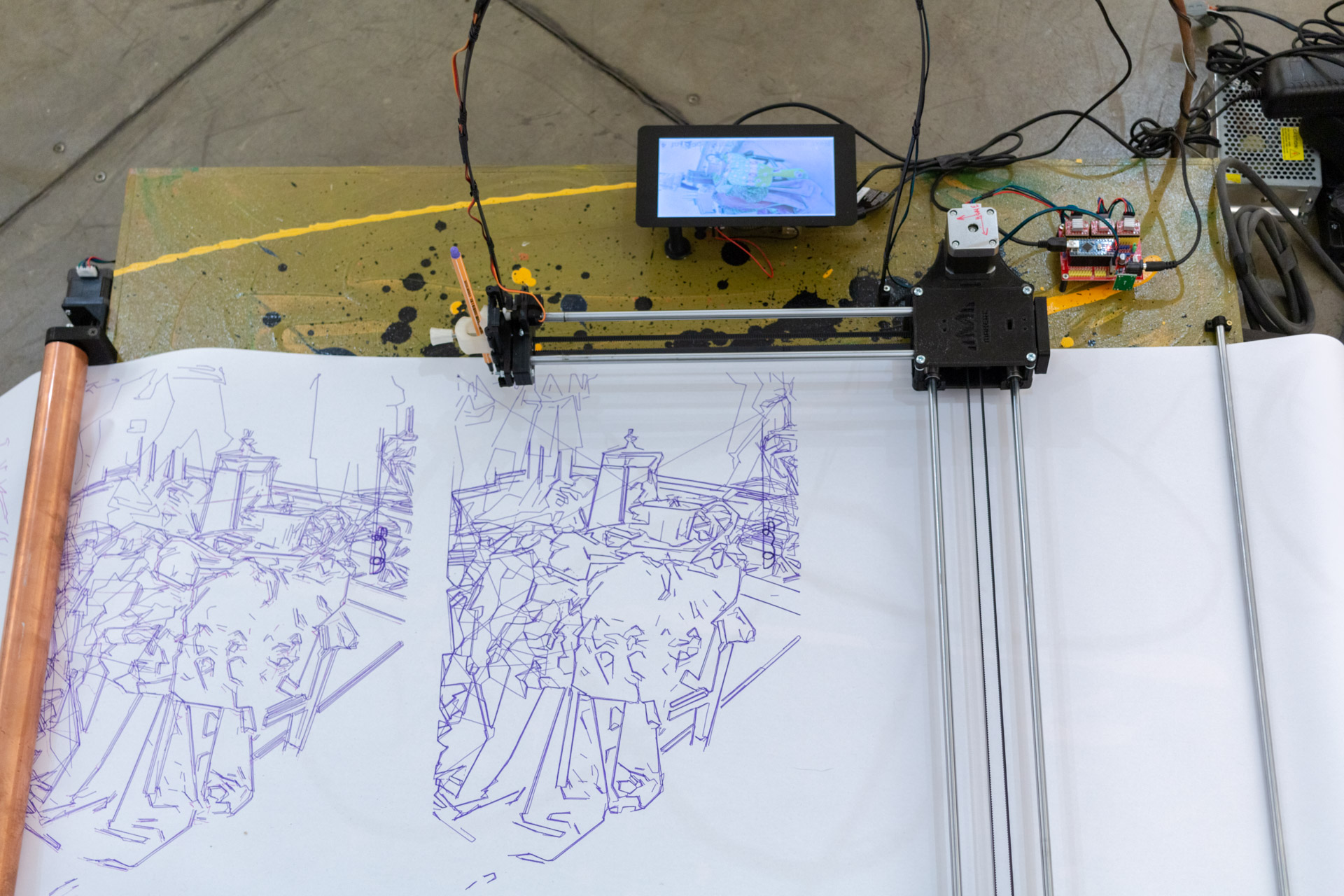 “Artist Union. Still life” is a reflection on the law of large numbers. Is it applicable in visual arts — to colors in painting, lines in graphics, forms in sculpture, and the image integrity in installations? The law of large numbers is a principle that describes the completion of the same experiment many times. According to this law, the joint action of a large number of random factors leads to a result almost independent of the chance. For example, in the XVI century the length of the English foot was defined, by a royal order, as the arithmetic average length of the foot of the first 16 people leaving the church on Sunday matins. Although the law of large numbers was not yet defined, it serves as the basis for the principle of arithmetic mean used in determining the length of a foot.