The thirteenth iteration of CYFEST premiered at the Made in NY Media Center by IFP. The theme of the festival is Chaos and Cosmos. 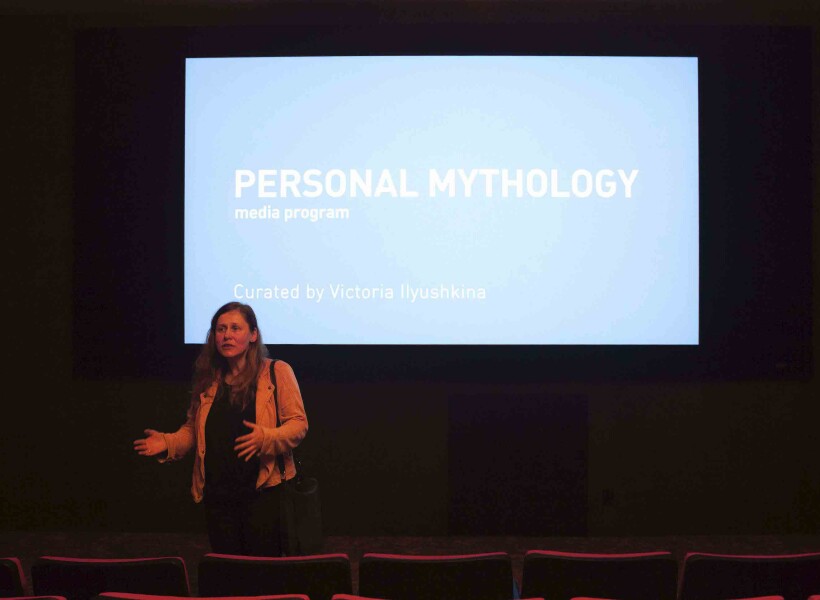 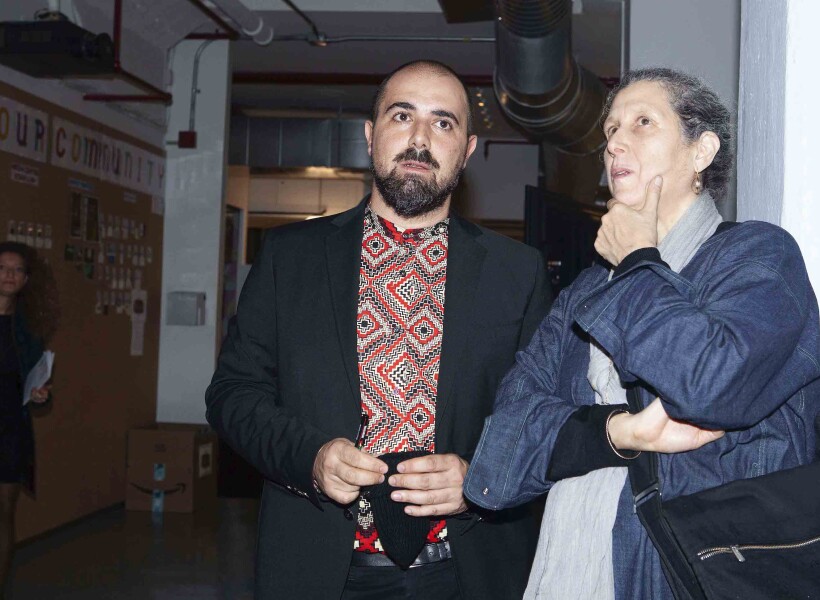 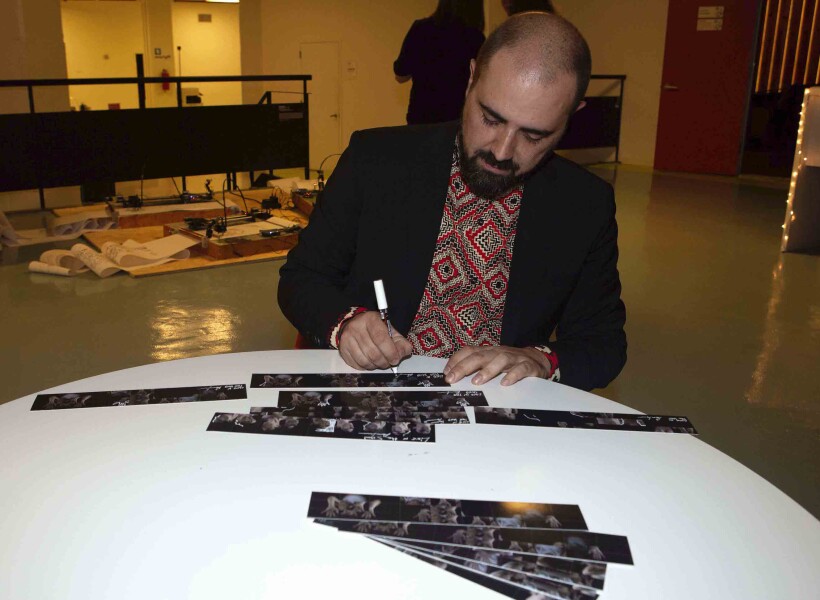 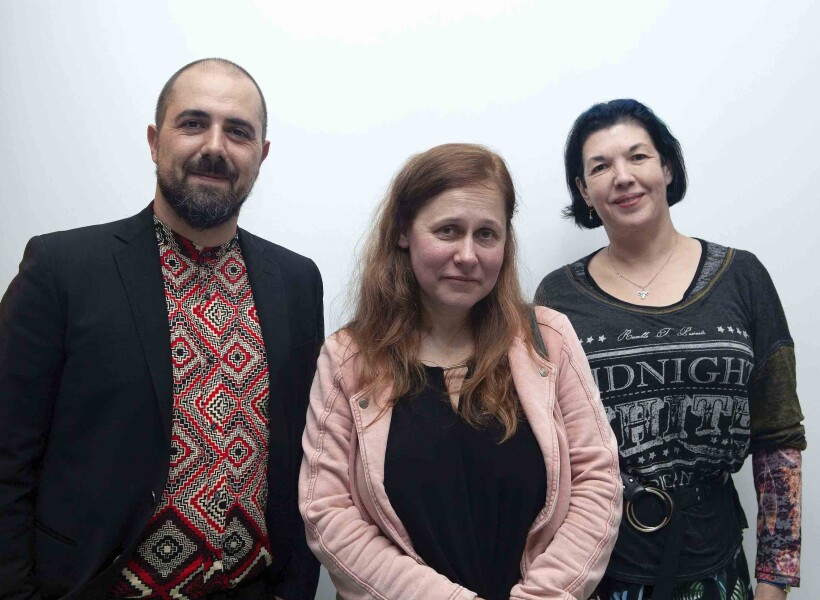 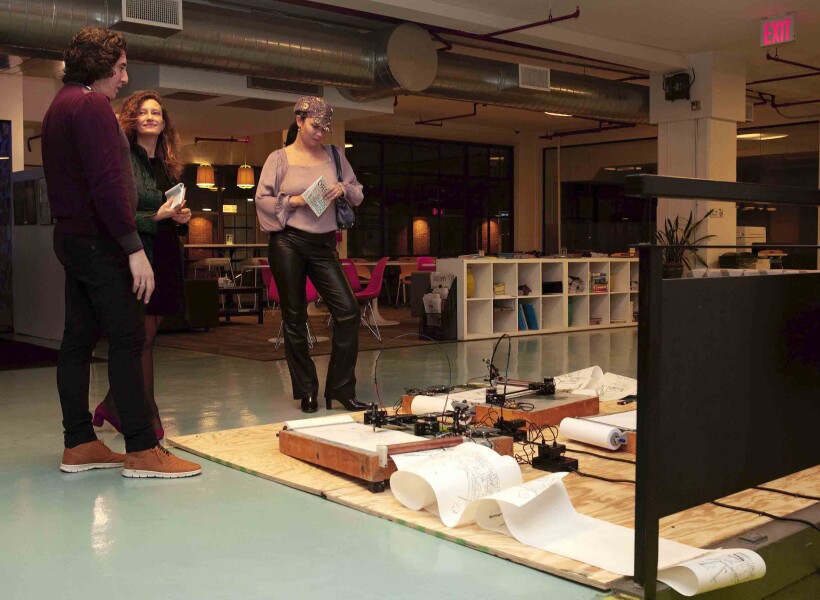 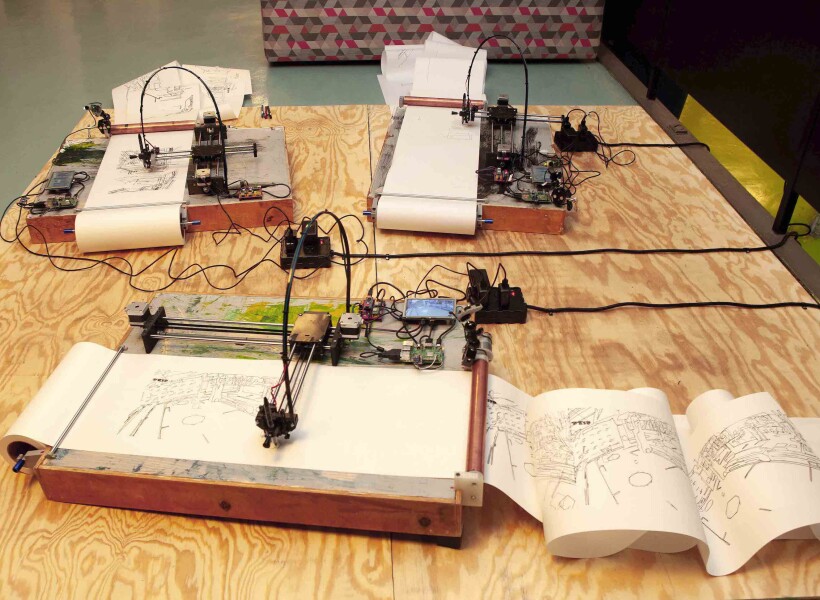 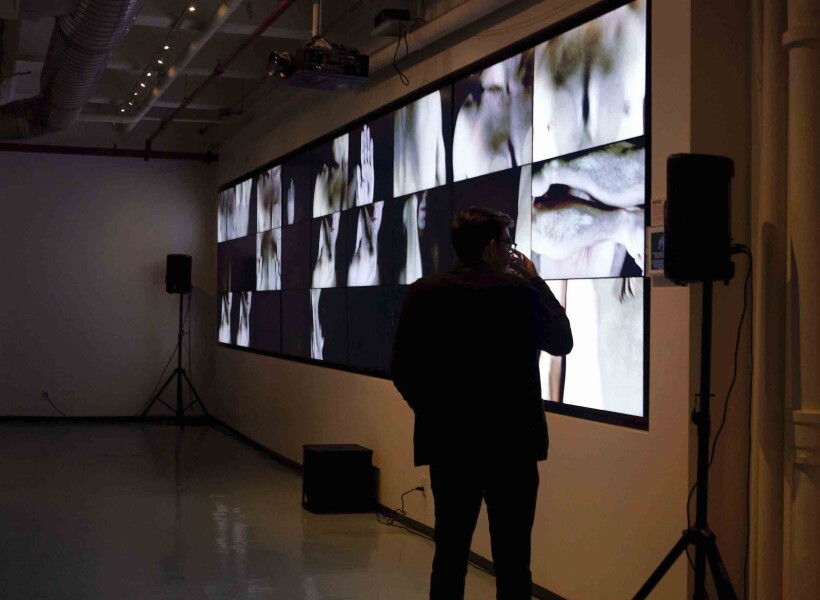 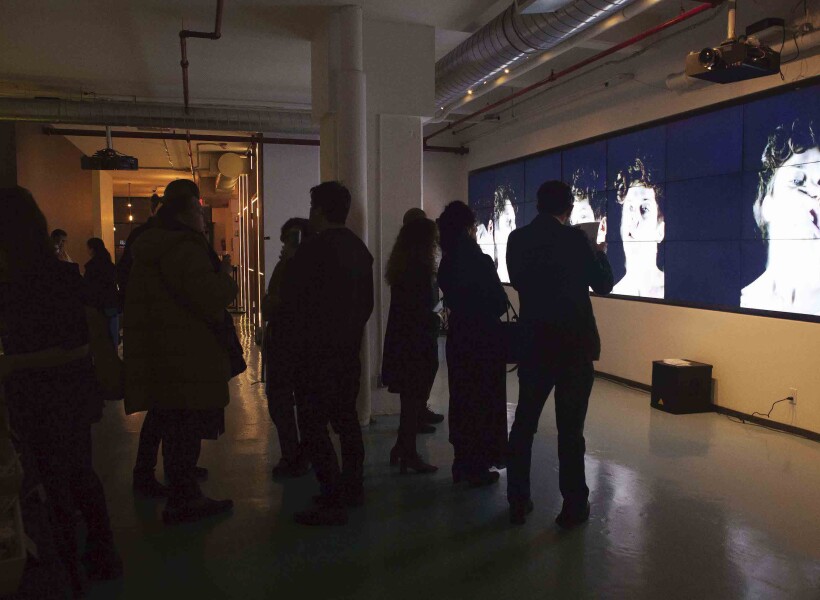 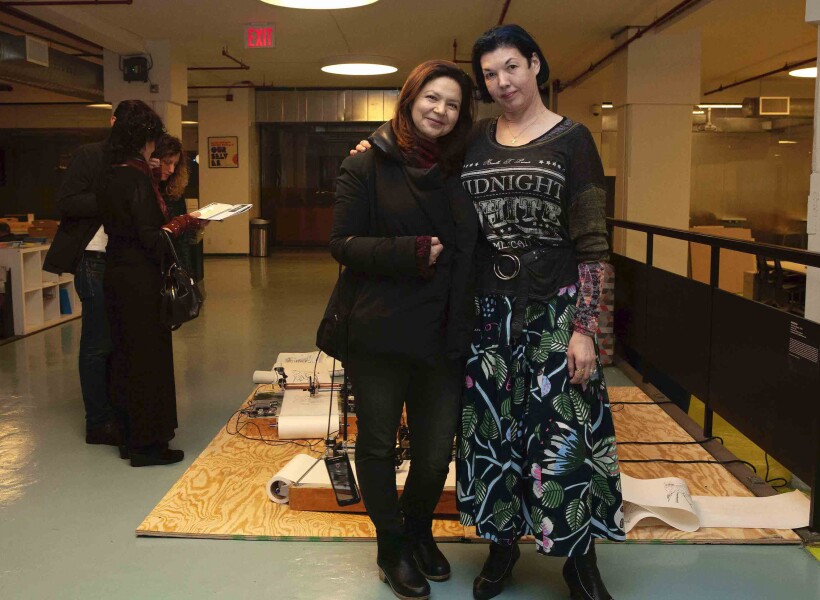 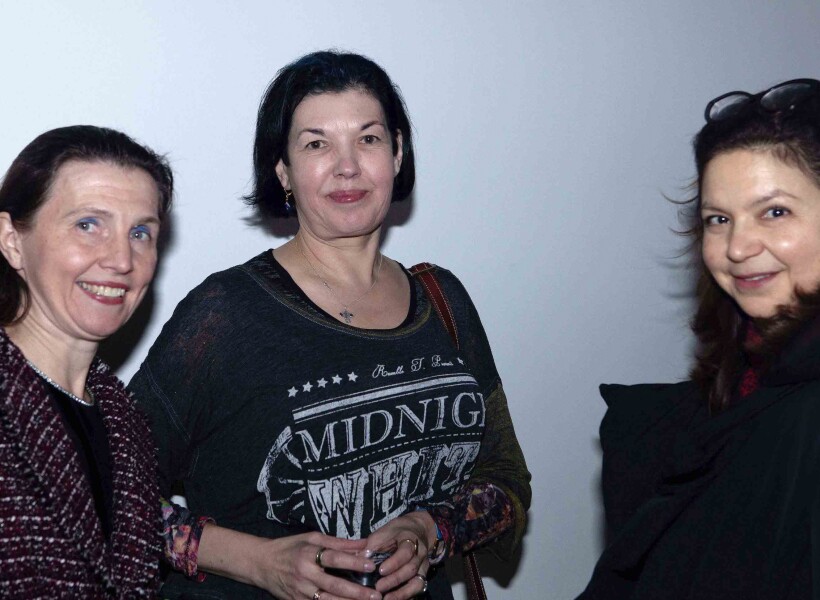 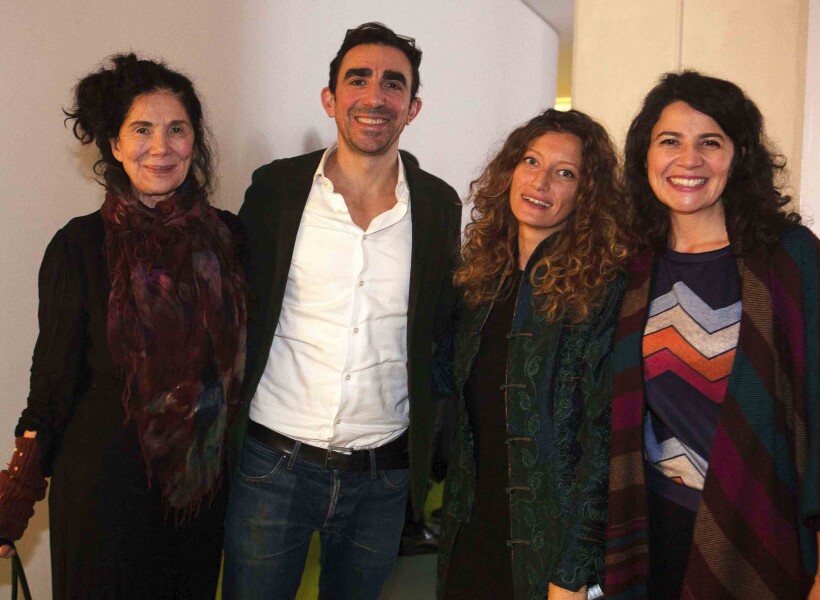 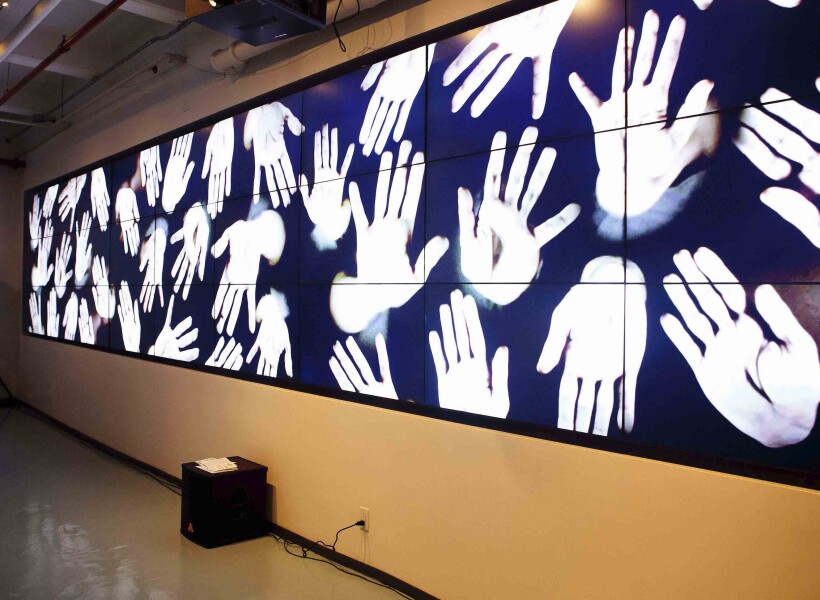 Between myth and reality

At the turning-point of eras, new philosophical and aesthetic narratives are born. Their adepts and heralds are artists and scholars who are sensitive to the fabric of time and create myths. There is a rich tradition of myth-making in Russian art in the post-Soviet space: Moscow conceptualism, pirate television, neoacademism, necrorealism, medical hermeneutics. Today, Russian and American artists appeal to the study and mythologization of global layers of civilization: to the classical heritage, the ancient epic, the avant-garde, ideas of Russian cosmism and urbanism, ideology, gender and mass-media. This program gives a cross-section of significant works connected with the philosophy of Russian cosmism of Anton Vidokle and the mythology of neoacademism of the pioneer of media art Olga Tobreluts, to computer experiments and new artistic practices of perception through non-anthropocentric awareness.

This video program presents the cult film for Petersburg culture, “The Manifest of Neoakademism” (1998) inspired by the founder of the movement Timur Novikov. The author of the film is Olga Tobreluts (Russia), a pioneer of media art in Russia. The work of Anton Vidokle (USA) studies the roots of the phenomenon of Russian cosmism. Anton Ginzburg (USA) projects masterpieces of constructivism and urbanistic theses from the 1953 treatise by Ivan Shcheglov. Almagul Menlibaeva (Kazakhstan) turns to the national epic and through it conveys the gender ideas of our times. Alexandra Lerman (USA) models perception of nature through the consciousness of trees. Polina Kanis (Russia) reveals the frustration of ideological rituals through performance. Learn more about the program >

“LINE IN THE SAND” is a site specific project, curated by Isabella Indolfi and conceived by the artist Daniele Spanò for Made in NY Media Center by IFP. The project explores the relationship between the human body and the screen, considering the latter as an exterior boundary and outward appearance of the society. The screen for the artist is not a simple surface of projection, but a real contact point, the a red line between two worlds: the real and the digital ones; the public and the private sphere; the contrast between the darkness and the light. In this site-specific video installation human figures move like they’re trapped inside the screen, impacting violently on the glass surface, while looking for intimacy, and trying to go further than the limit. This is the mirror that reflects our inability to draw the line between us and the digital devices.

(Rome 1979) after his studies on set design, Daniele started to work as a director and visual artist, especially in the field of performance and video art in which he carries out a profound research and experimentation.
From 2012 to 2015 he has been the artistic consultant for the Romaeuropa Foundation and the curator of DigitaLife at  La Pelanda museum in Rome. From 2014 he started the collaboration with Luca Brinchi with whom he realizes virtual sets for numerous theatrical shows. In February 2011 he was selected by the famous director and artist Takeshi Kitano to represent the artistic trend of the city of Rome for a television format he conducted.
Among the most important creations: Orbis, Yerevan (Armenia) produced by the Italian Embassy in Armenia in 2019, Pneuma for Palazzo Collicola Arti Visive and included in the program of the 58th edition of the Festival dei Due Mondi – Spoleto, Atto Primo at Piazza del Popolo in Rome in 2013, Rifrazioni Permanenti – Piazza Colonna 2011 Rome, MiBAC.
In 2016 he designs and realizes with Luca Brinchi the virtual and light set for the runway show of the Gucci woman collections. In 2016, they directed and realized scenes, videos and light design of Aminta produced by the Sagra Musicale Malatestiana and the Teatro di Roma. In 2017 they  created the multimedia installation Il Giardino dei sogni included in the exhibition about Giorgione at Palazzo Venezia – Rome, produced by the Polo Museale del Lazio (MIBAC) danielespano.com

“Artist Union” is a reflection on the law of large numbers. Is it applicable in visual arts — to colors in painting, lines in graphics, forms in sculpture, and the image integrity in installations? The law of large numbers is a principle that describes the completion of the same experiment many times. According to this law, the joint action of a large number of random factors leads to a result almost independent of the chance. For example, in the XVI century the length of the English foot was defined, by a royal order, as the arithmetic average length of the foot of the first 16 people leaving the church on Sunday matins. Although the law of large numbers was not yet defined, it serves as the basis for the principle of arithmetic mean used in determining the length of a foot.

Anna Frants is an internationally renowned New Media artist and curator who co-founded both CYLAND Media Art Lab and the St. Petersburg Art Project. CYLAND is one of the most active New Media art nonprofit organizations, and houses the largest archive of Eastern European video art online. As Co-Founder of Cyland, Frants organizes exhibitions at top art and technology institutions around the world; as a curator and artist, Frants is an important voice in the cultural dialogue surrounding experimental and new media art. Frants has served as a contributing writer to NYArts Magazine as Art and Antiques Magazines and contributed to symposiums and panels for universities, festivals, and exhibitions worldwide.
Anna Frants’ interactive art installations have been exhibited at top venues around the world including the Venice Biennale, the St. Petersburg Biennial, Moscow Biennial and Polish Biennial, The State Hermitage Museum (St. Petersburg, Russia), Pratt Institute (New York, USA), The Chelsea Art Museum (New York, USA), Convergence (London, UK), RSProjects (Berlin, Germany), VAP / Gogolfest (Kiev, Ukraine) and Transmediale (Berlin, Germany), and  Frants has participated in an exclusive 17 day expedition to The Arctic Circle with The Farm Foundation of Arts and Sciences.
Frants is represented by Borey Gallery (St. Petersburg, Russia), Dam, Stuhltrager Gallery (Brooklyn, USA &amp; Berlin, Germany) and Barbarian Gallery (Zurich, Switzerland). Her works can be found in collections of The Museum of Art and Design, The State Russian Museum, Kolodzei Art Foundation, The Sergey Kuryokhin Center for Modern Art and numerous private collections around the world.

For more details, visit the Made in NY Media Center by IFP event page.