For 2018, Art-A-Hack™ partners with CYLAND MediaArtLab to present new collaborative project during CYFEST11 in St. Petersburg. Art-A-Hack™ Special Edition CYFEST-11 (2018) is a collaborative creation between groups of artists/engineers, designers/makers, or whatever combination arises based on open project proposals. 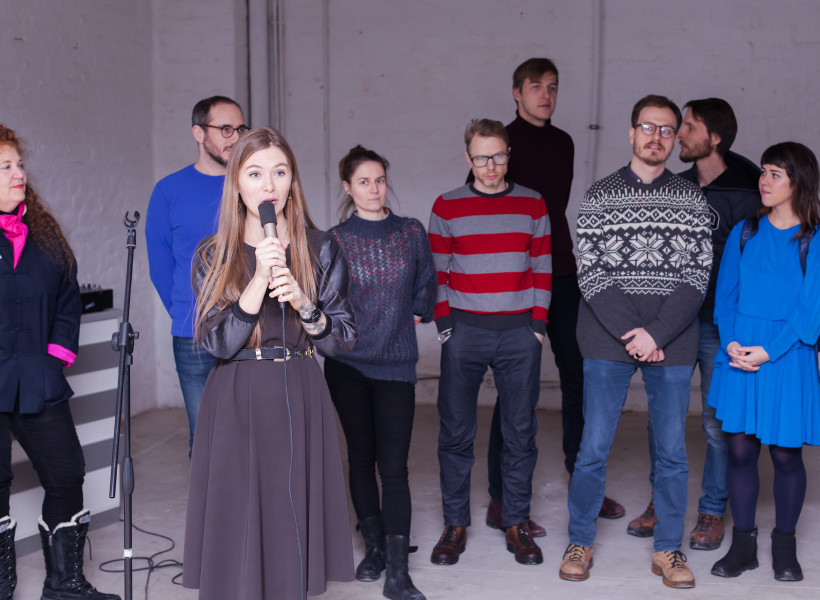 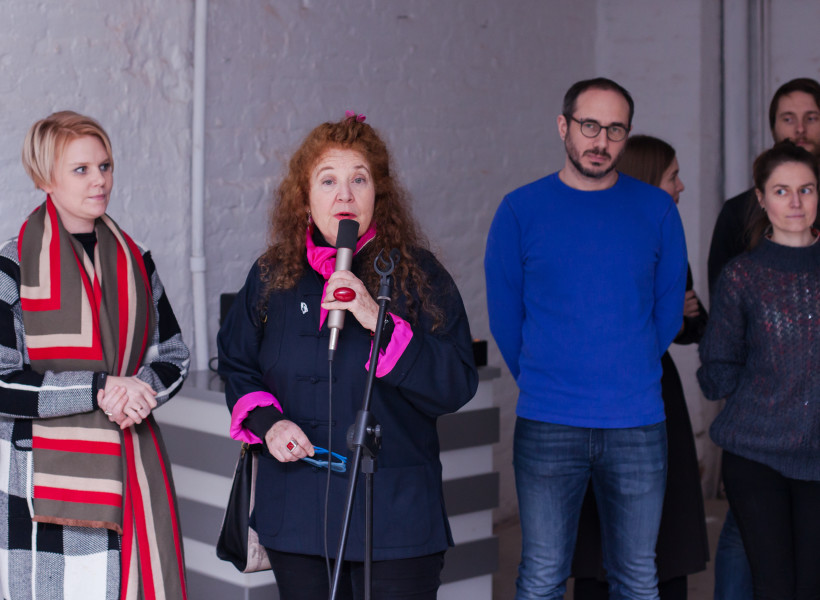 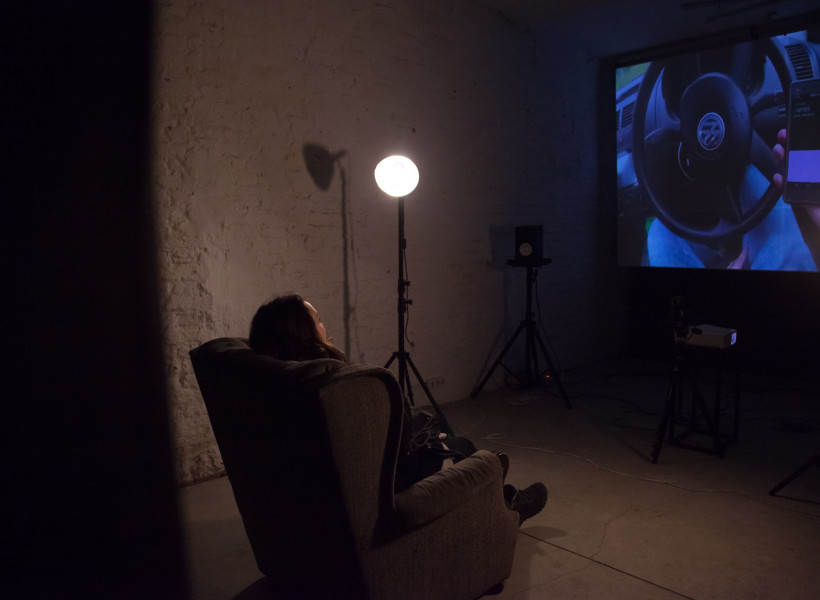 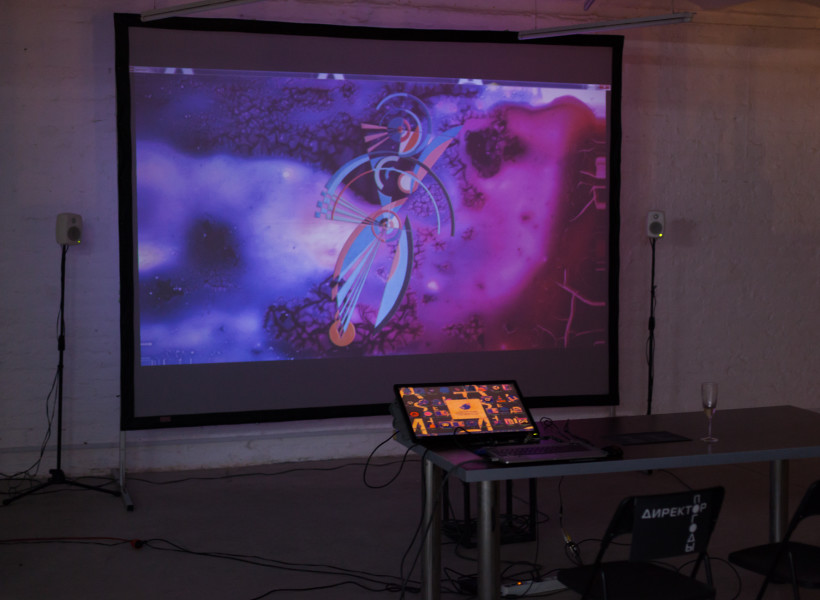 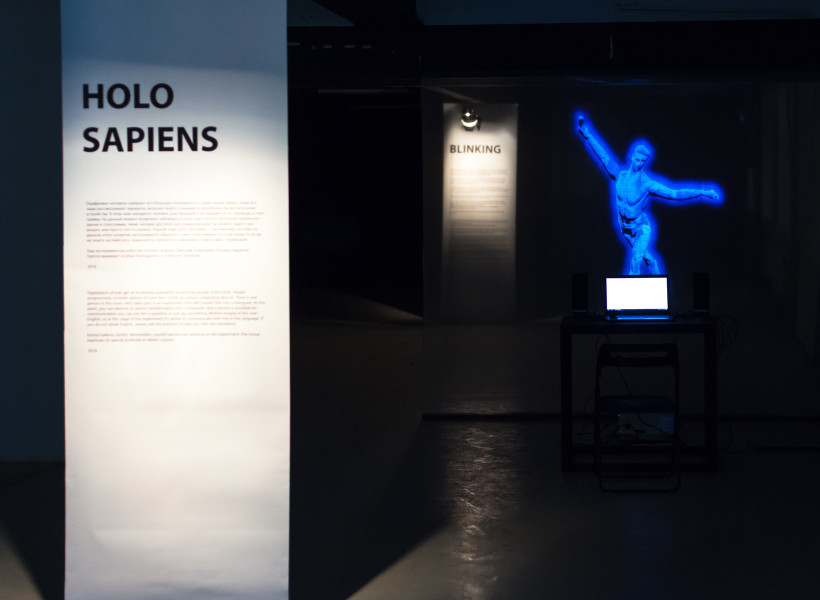 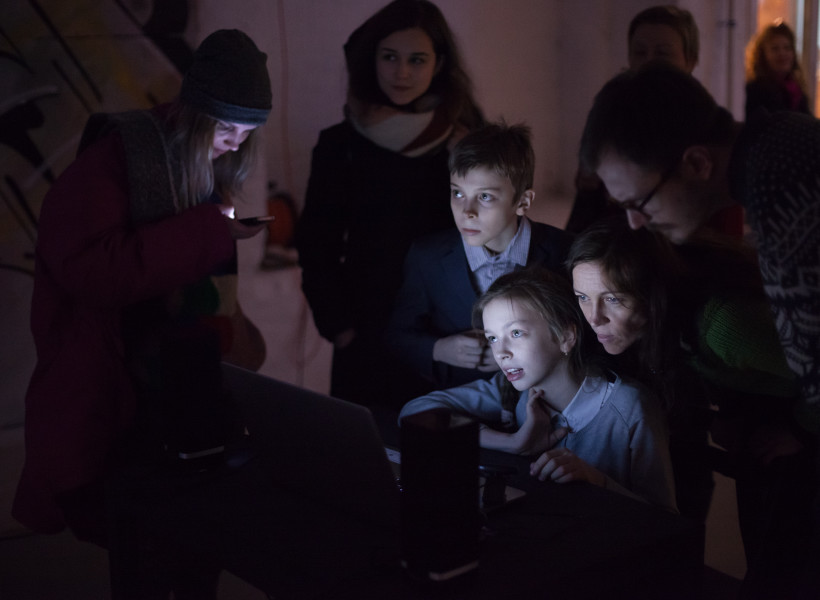 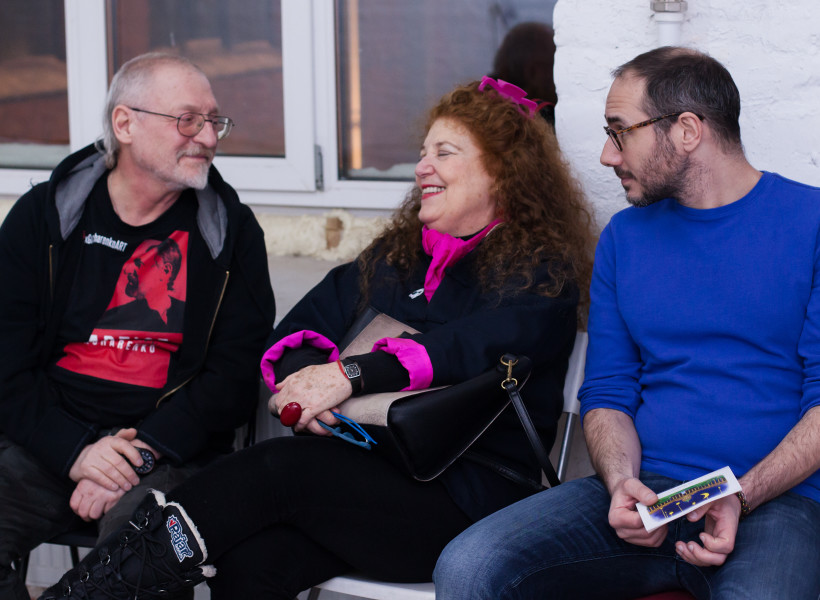 Art-A-Hack™ special edition for CYFEST 2018 kicked off on January 17th in central St. Petersburg, Russia. Artists, programmers and other creative practitioners met each other for the first time to start discussing their project ideas in preparation for the first workshops. Participants hail from St. Petersburg, as well as a large number who made the trip from Moscow specifically for the program. This unique Art-A-Hack™, produced in collaboration with CYLAND MediaArtLab, entails teams working together for two consecutive weekends before presenting their final projects in a public opening at the Berthold Centre in St. Petersburg on February 7th, 2018.

Digitization of man get an increasing popularity among the people of the Earth. People progressively consider options to load their minds on various computing devices. There is one person in this room, who takes part in an experiment that will convert him into a hologram. At this point, you can observe its partial transformation into a hologram, and a person is available for communication: you can ask him a question or just say something. Mother tongue of this man – English, so at this stage of the experiment it’s better to communicate with him in this language. If you do not speak English, please, ask the assistant to help you with the translation.

Ksenia Galkina, Dmitry Akhmediev, Leonid Gavrilov are working on the experiment. The Group expresses its special gratitude to Alexei Lizunov.

In terms of physiology the number of human eyes blinks is excessive. Studies confirm that blinking performs an additional very important function – it plays an important role in brain; it “reloads” an attention mechanism, helping to divide the information flow from outside. The installation explores the possibility of relationship with the viewer through the screen blinking process. Unlike the classic movie, the author becomes a spectator, projecting its pace and mind on the screen; like a dream, collecting a movie from fragments, while observing it. Every film is unique and will not be repeated.

In the project there is a cyber-reincarnation of a person. At the moment of dialogue with the machine, the man is installed as a Director of the Weather Digital Clouds. In online communication, effeactively controlling the weather, the Director can see and hear audio-visual code of his emotions in the certain point of time.

Previous years of Art-A-Hack included inventions, installations, collaborations, performances, which you can read about in the report, watch in the live-streamed video or see in these blogs and videos.

Screening of the film by Bjorn Melhus “Freedom & Independence” 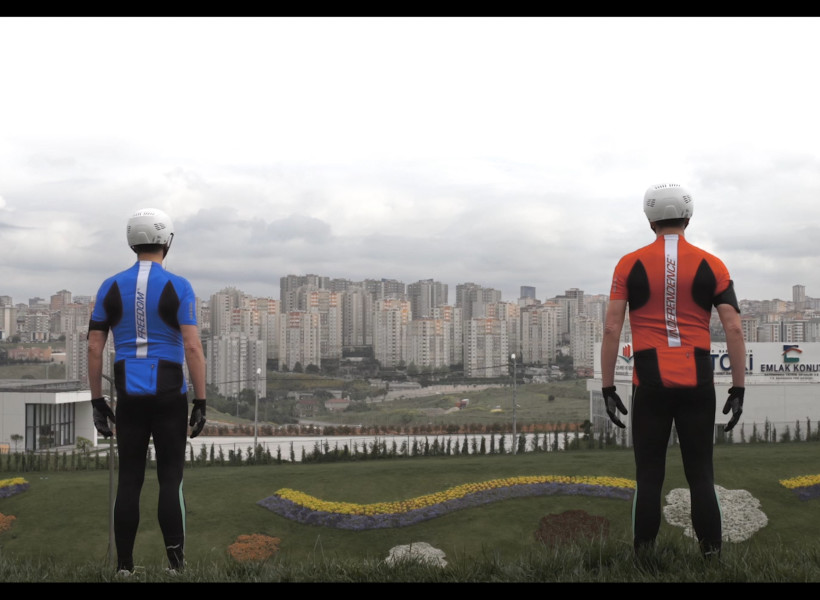 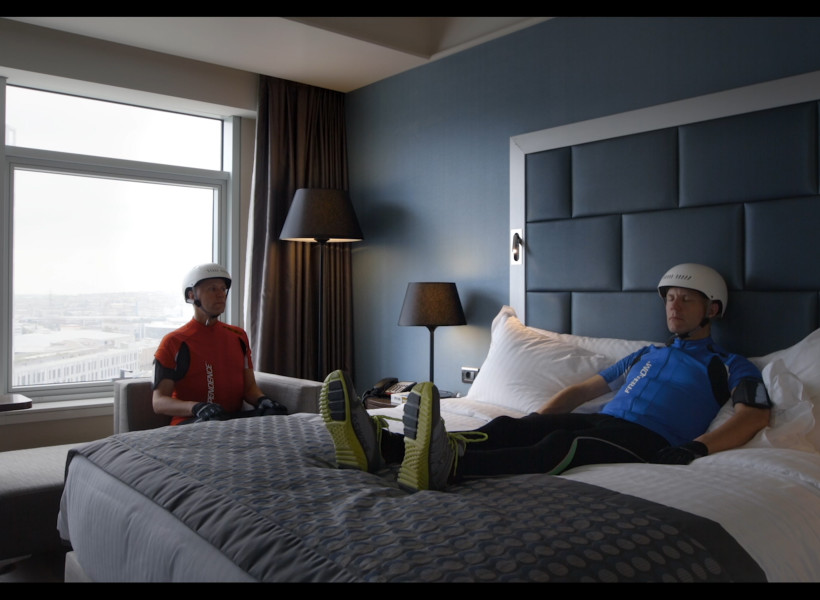 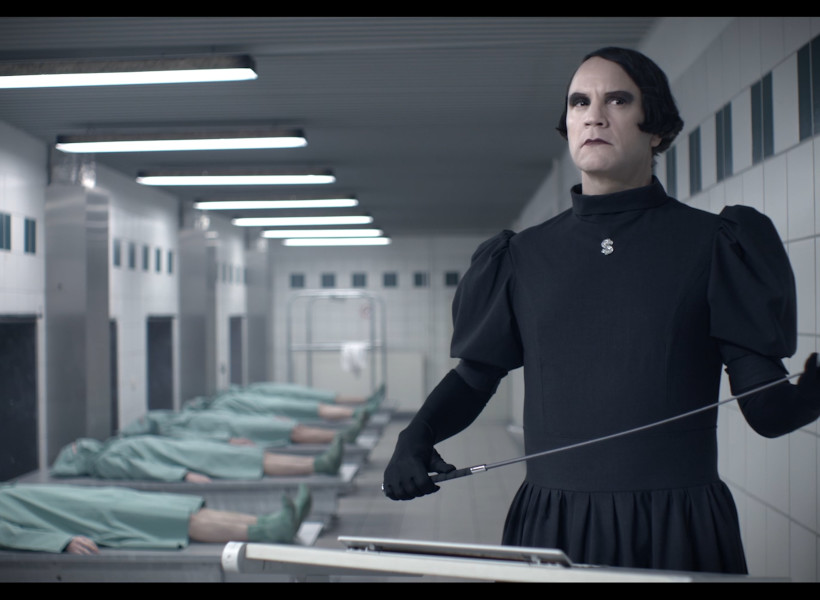 The experimental short film by Bjørn Melhus questions the current global ideological paradigm shifts towards new forms of religious capitalism by confronting ideas of the self-proclaimed objectivist philosopher and novelist Ayn Rand with evangelical contents of US-American mainstream movies. This contemporary fairy tale, in which Melhus performs all characters himself, was partly shot in a Berlin morgue and new urban environments in Istanbul. The film begins in a sacral space, where Randi, a figure that references Ayn Rand, through a medium creates two digital clouds and sends them on a journey through a megalopolis. There they materialize as two bodies, which go by the names of Mr. Freedom and Ms. Independence.

The prototype for the Bjørn Melhus sky-fi film was an American writer and objectivism philosophy architect Ayn Rand (born Alisa Rosenbaum) of St Petersburg, born in 1905 and emigrated to US at the age of 20. In here Melhus criticizes objectivism and global capitalism system by building the anti-utopian narrative in the style of tragicomedy.

Bjørn Melhus
Bjørn Melhus was born in Kirchheim unter Teck in 1966 and studied Fine Arts with a major in Film/Video at the Braunschweig University of Art from 1990 to 1997. He was a fellow of the DAAD at the California Institute of the Arts in Los Angeles and of the federal state of Lower Saxony in ISCP, New York. He participated in exhibitions at the Whitney Museum in New York, the 8th International Biennial of Istanbul, the Venice Biennial in (1998/2011), the FACT in Liverpool, the Serpentine Gallery in London, the Sprengel Museum in Hanover, the Ludwig Museum in Cologne, the ZKM in Karlsruhe, the Denver Art Museum, as well as others.
Bjørn Melhus has been a professor of Fine Arts/Virtual Realities at the School of Art and Design Kassel since 2003. Bjørn Melhus has been living and working in Berlin since 1987.
www.melhus.de

Free admission with preliminary registration
The event is supported by the Art&Science Cluster, ITMO University

On February 11, 2018, at the CYFEST Festival, there will be a presentation of the art project “Content Aware Studies’’ by Egor Kraft (curated by Natalia Fuchs). A collaborative research by the artist and the curator juxtaposes the aesthetics of ancient art and the generative method, studies the automation of art labor, quasi- and media archeology; interaction of a human being with artificial intelligence and dependence of the artistic production on the current state of technology, throwing into question the idea of authorship in its traditional understanding; challenging the common interpretations of contemporary knowledge and culture. Through the interaction of artist and curator with ambitious historical subjects and mythologems, what’s addressed is the subject of reconstruction of social and personal memory with the help of artificial intelligence.

“Content Aware Studies’’ is about the role of materiality in art. The use in artistic practices of such technologies as artificial intelligence and machine learning develops the subject of new materiality in the direction of hybrid zones of digital experiments and infrastructures. For a full-fledged comprehension of this situation, one needs not just a new set of methodological instruments, but also a case study of lost culture and anthropological materiality by means of new technologies. At the project’s first stage, the Pergamon Altar has become the central object of attention. Aesthetics as the metaphysics of a symbol here is closely related to the process of forming of a unique cultural meaning that unites all the layers of socio-historical order.

The project “Content Aware Studies’’ unites artificial-intelligence specialists with labs of machine learning by initiating an ambitious international study of capabilities of  technologies of ML (Machine Learning) and AI (Artificial Intelligence) in regard to art and contemporary culture. 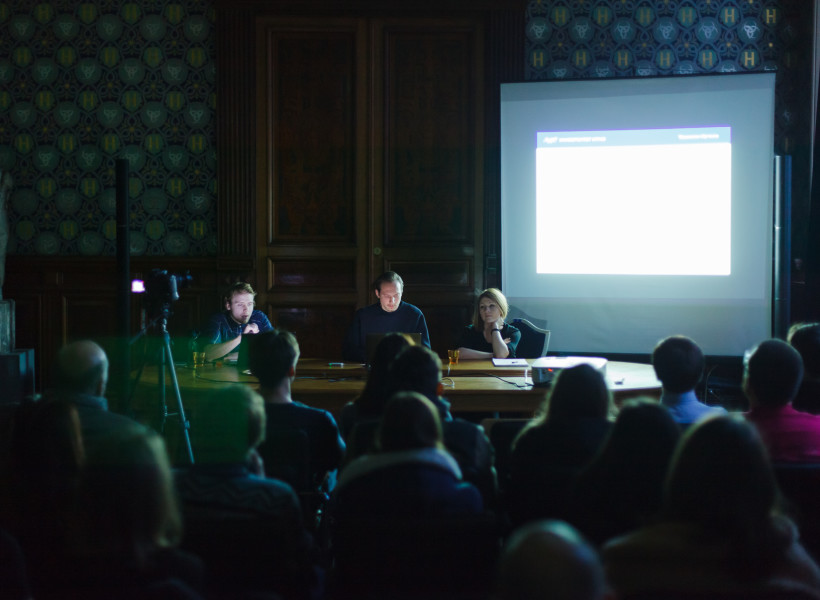 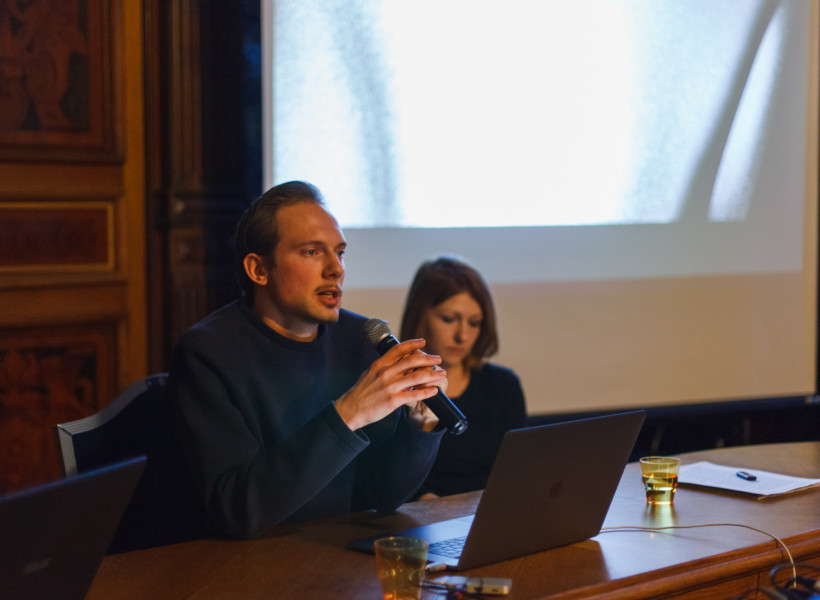 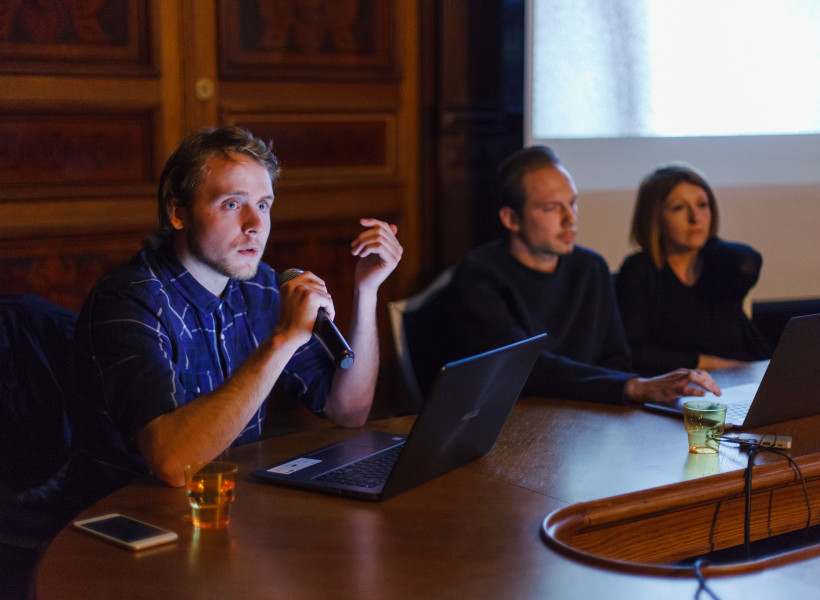 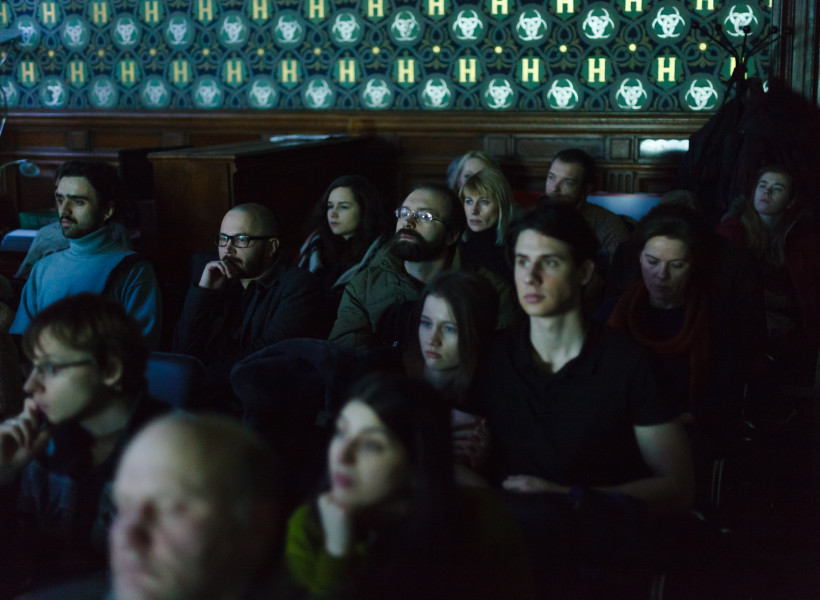 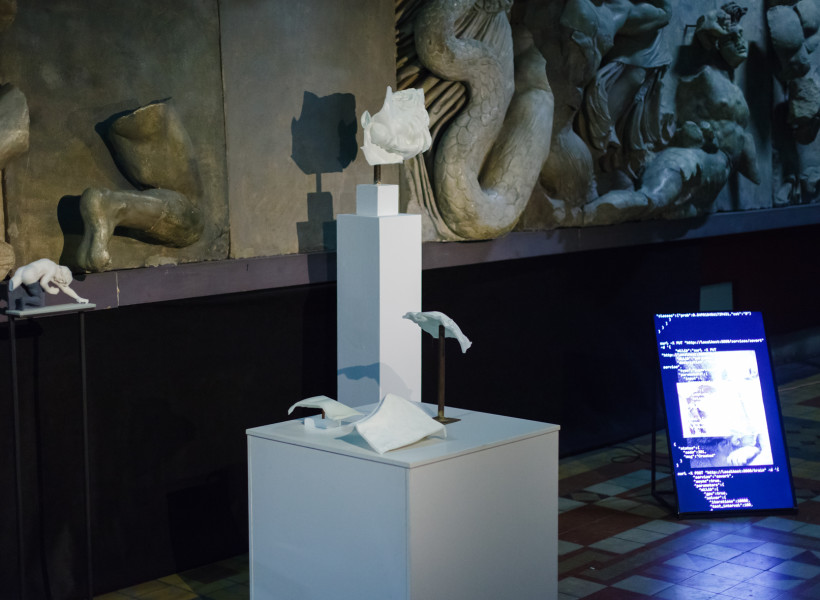 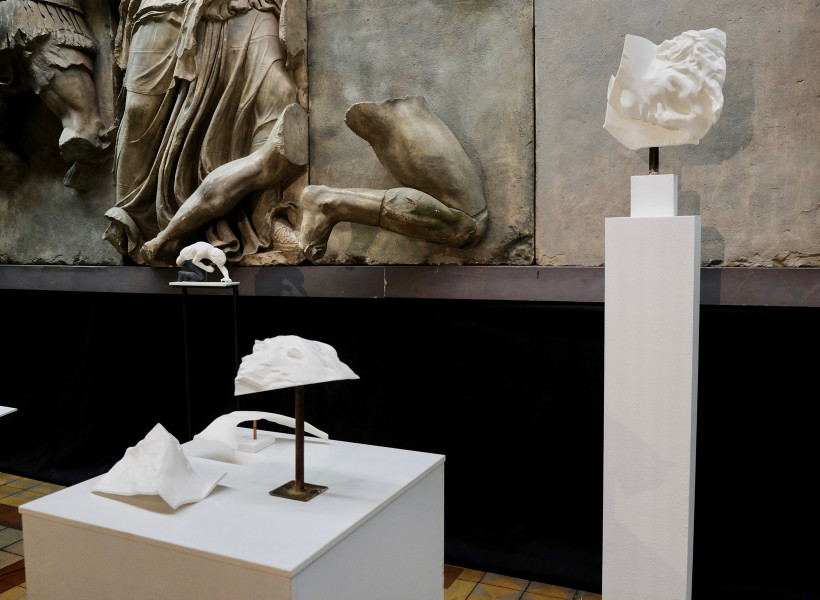 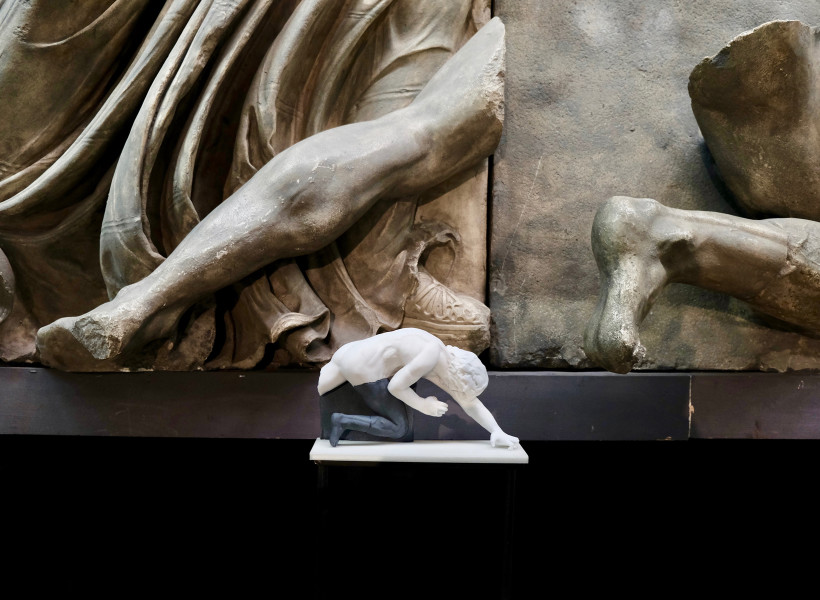 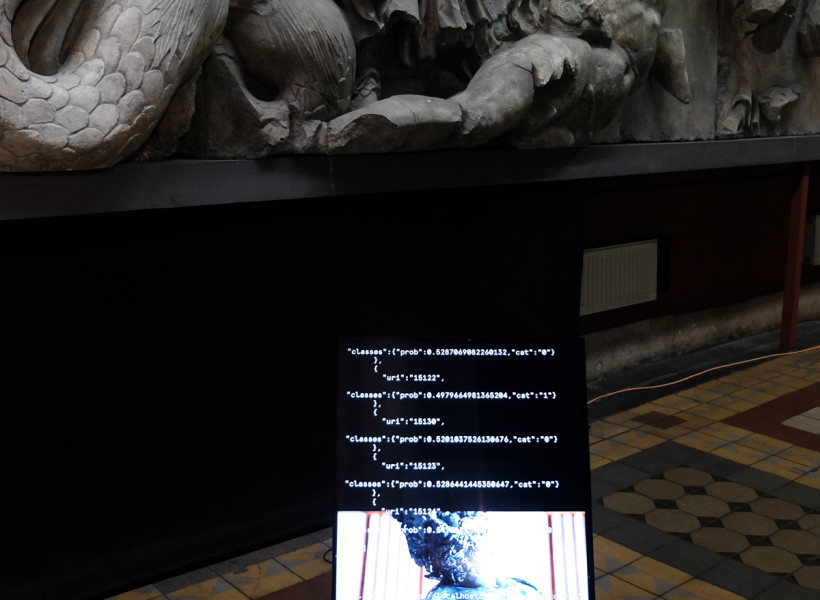 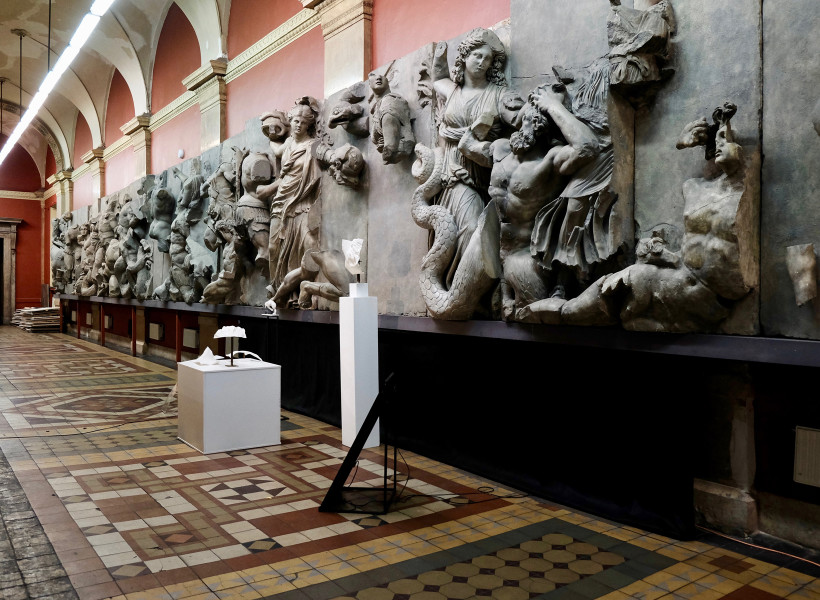 Egor Kraft
Artist. Born in 1986 in Leningrad, USSR. Received his artistic education at Moscow Rodchenko Art School of Photography and Multimedia (Russia), the Academy of Fine Arts in Vienna (Austria) and Central Saint Martins College of Art and Design in London (UK). Over the course of the past few years, he has participated in international group exhibitions and biennales, including Moscow Biennale for Young Art (Russia, 2010, 2016), Arsenale Biennale (Kyiv, Ukraine, 2012) and the parallel program of Manifesta 10 Biennale (St. Petersburg, Russia, 2014). Egor has had solo exhibitions in St. Petersburg, Russia, and Tallinn, Estonia. Currently lives and works in Berlin, Germany, London, UK, and St. Petersburg, Russia.
www.egorkraft.com

Natalia Fuchs
Art historian, curator, explorer of new media. Born in 1981 in Novosibirsk (USSR). Worked on the development of Media Forum for the Moscow International Film Festival and the fair of contemporary art VIENNAFAIR. From 2013 to 2016, she was a curator of the Polytechnic Museum (Moscow, Russia); in addition to exhibitions, she curated the program “Polytech.Science.Art”. Among her latest international projects — the exhibition of technological art “Open Codes” at the ZKM Center for Art and Media (Karlsruhe, Germany; jointly with Peter Weibel). Since 2017 — curator and head of the sector of multimedia programs and deputy director of the directorate of National Center for Contemporary Arts (Russia). Lives and works in Moscow (Russia).