“No. 0” is modular, 3D Public Art installation from the artist’s series, “Explosion of a Can of Condensed Milk After Water Has Evaporated”. Conceptually referencing a computer grid and visually reflecting the infrastructure of a building sans walls – Frants builds an open framework room.

Comprised of raw polypropylene cubes, the exposed framework houses objects, videos, and movements.  The interior (unlived-in lived-in) space is empty for viewers to navigate the visuals, sounds, words, and virtual actions of the exterior matrix and formulate their own story.  Birds chirp, recorded faces communicate, playful toys whiz and whirl, the seas ebb and flow – each with brand names that they are sold as or known by as characters in Frants’ theatrically staged work and beyond.

At first glance reminiscent of “The End” or “Mad Max”, this multimedia environment is less а scene from a dismal future and more so an intimate setting presented to poetically ponder a sense of self.

The installation is flexible, varying from site to site, country to country, with local materials utilized in each iteration. 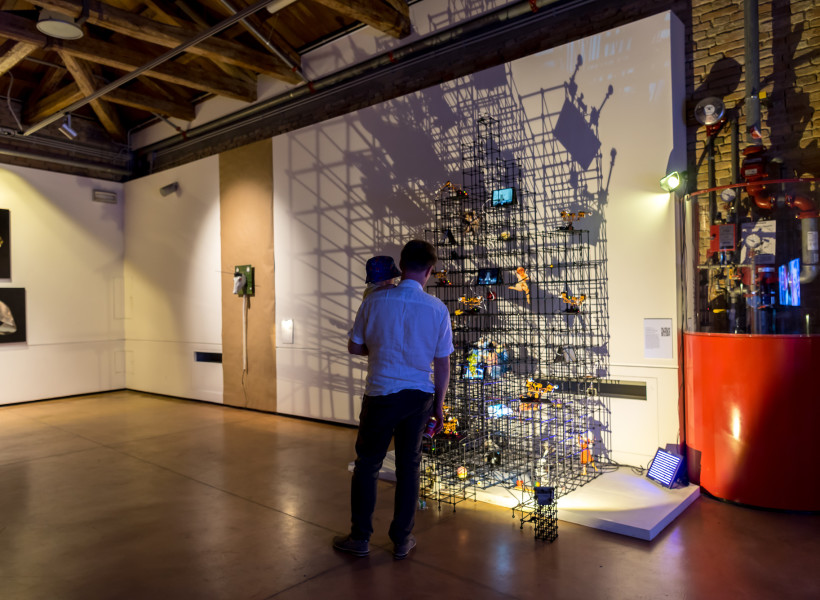 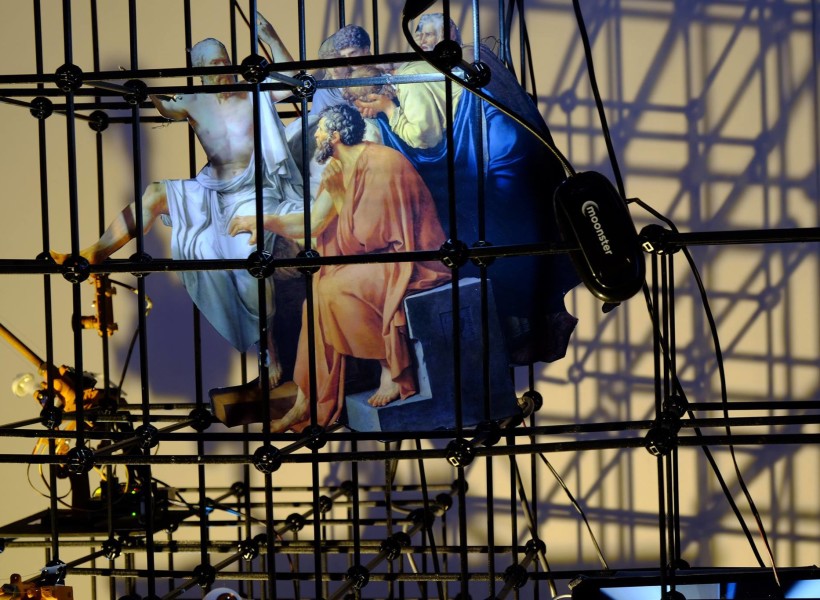 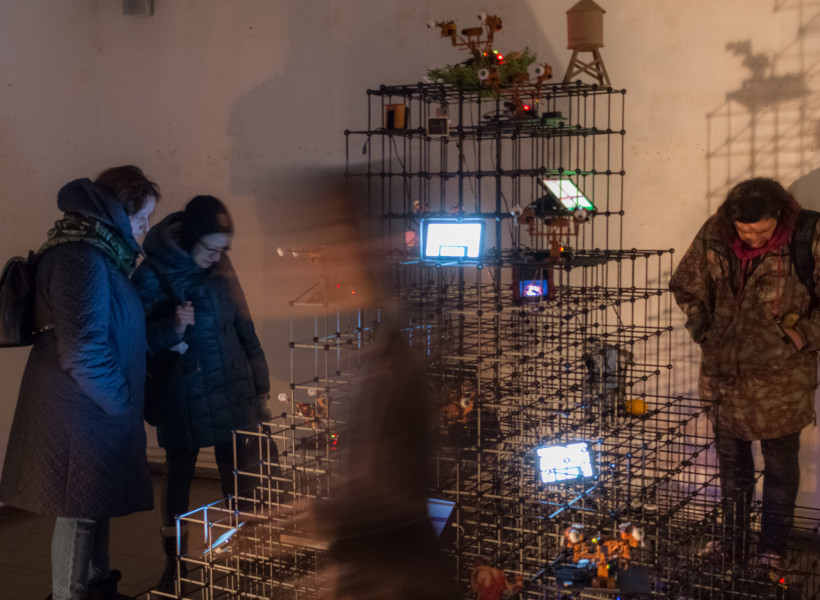 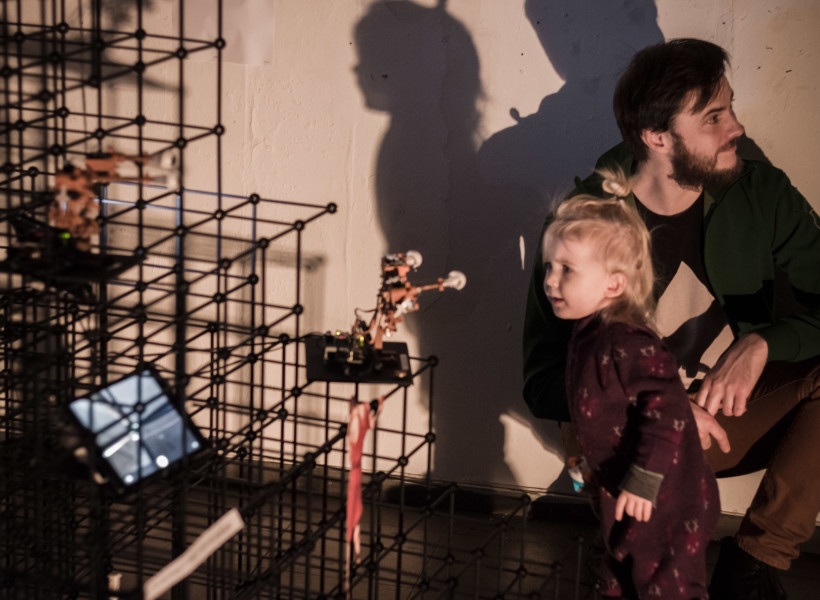 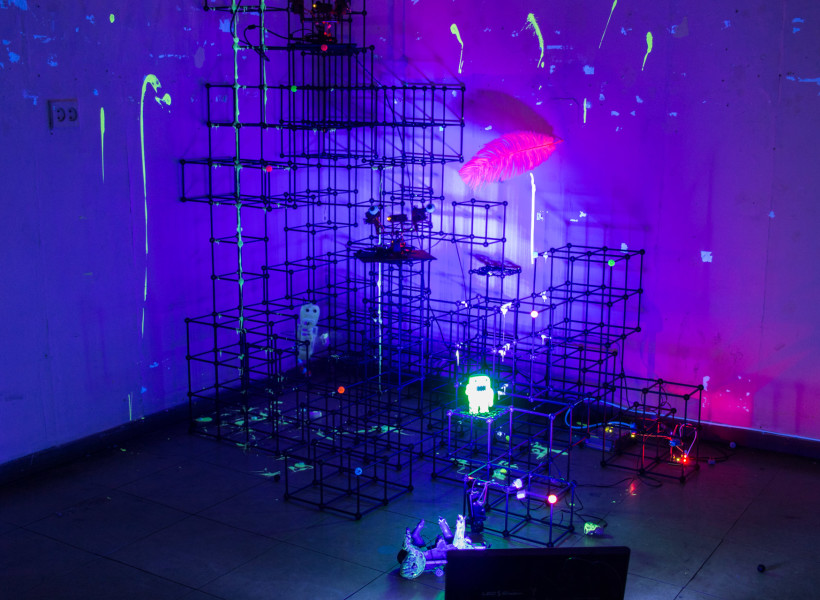 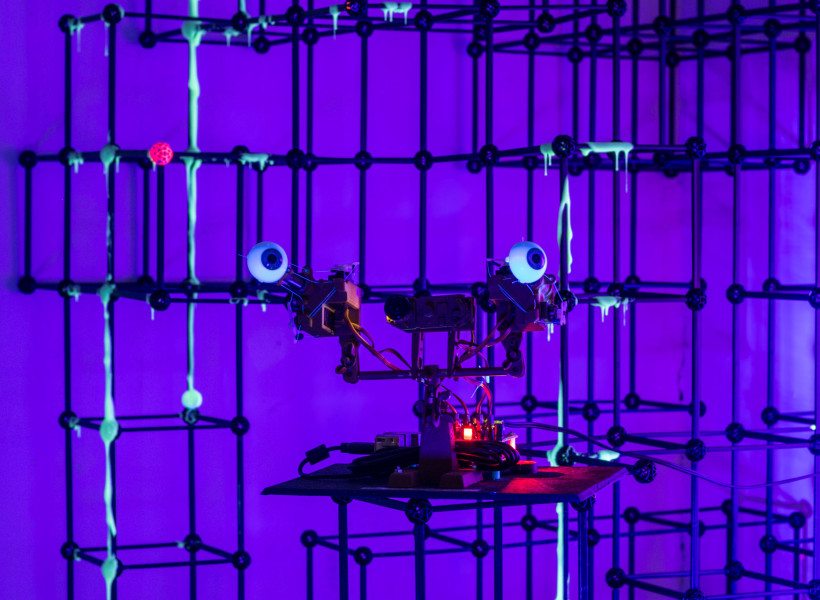