March 15th, Showfields centre in New York opens an exhibition with an artwork from Anna Frants and CYLAND MediaArtLab.

Curated by Tam Gryn and Sharit Kassab, the exhibition explores how the line between online and offline experiences has become increasingly blurred. As daily life increases its demand in technology, we’ve come to expect physical experiences that transcend our online interactions. Future success in the experience economy relies on brick and mortar’s ability to create multisensory connections with the seamless comfort of digital life. This generation does not settle for being mere observers of experience. By interacting with art beyond the visual sense, we become active participants in culture and community. 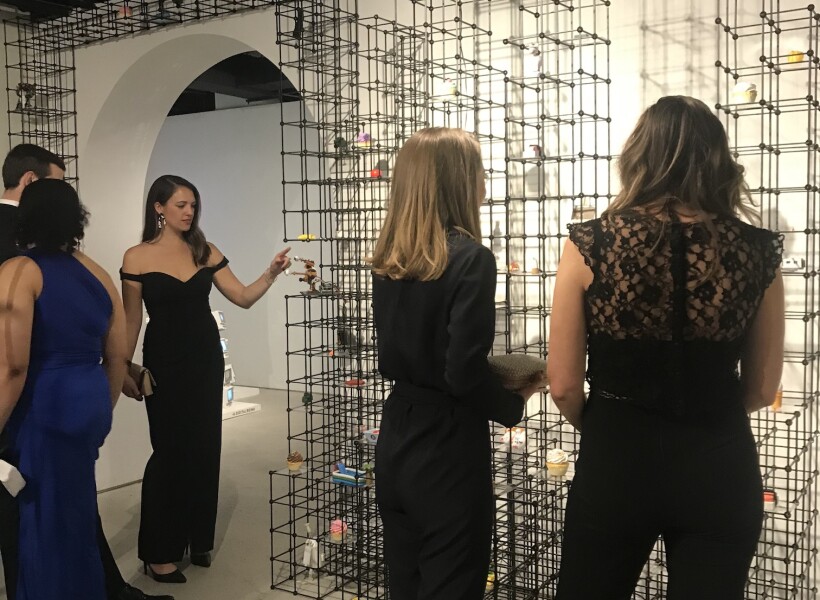 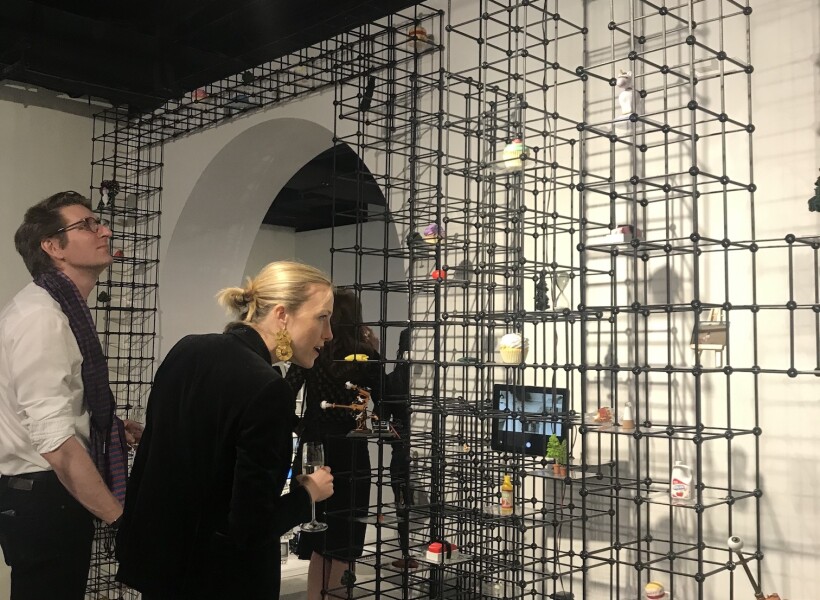 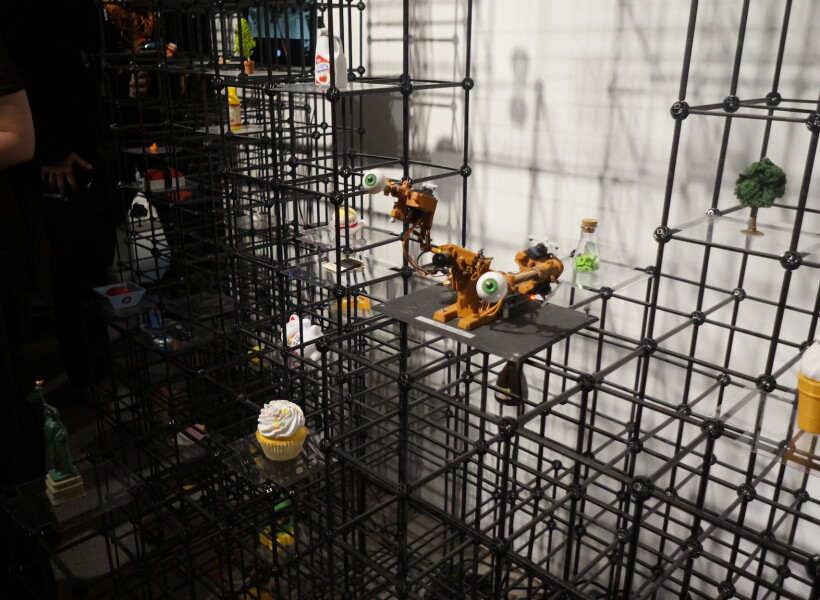 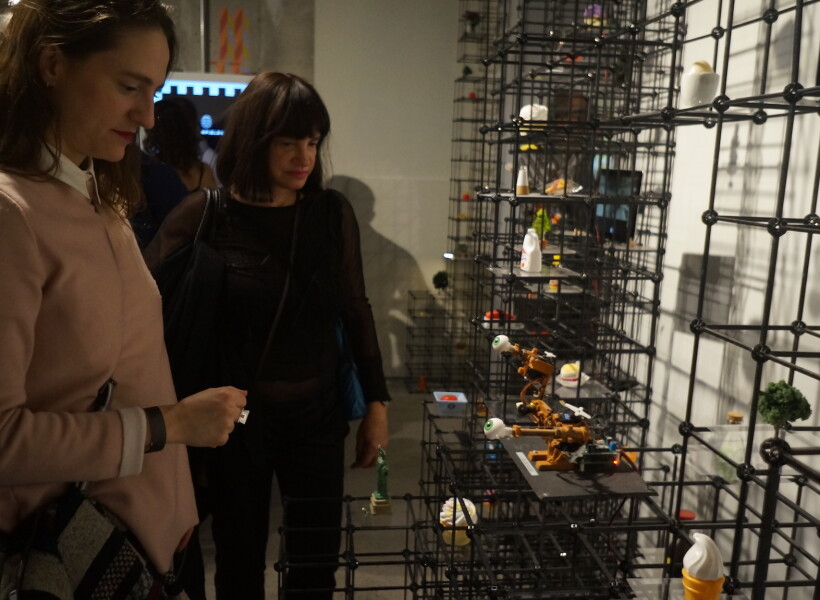 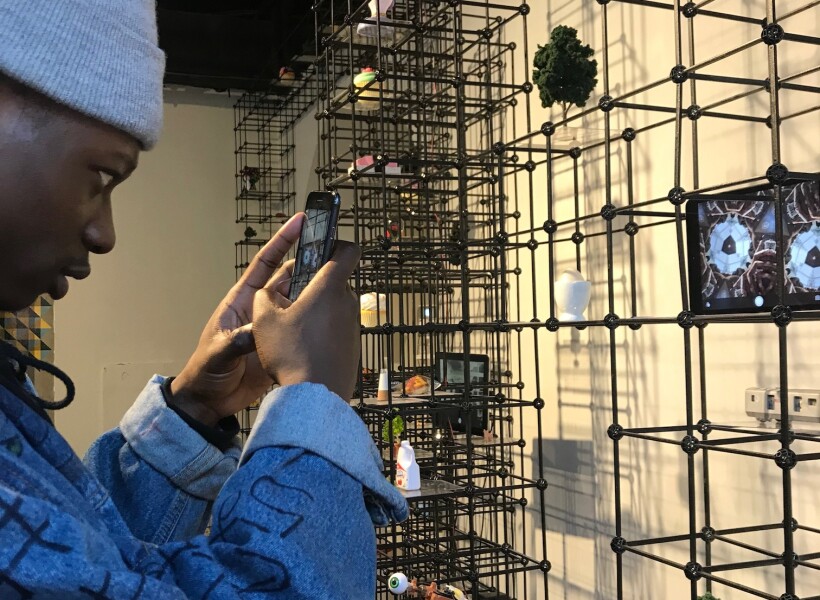 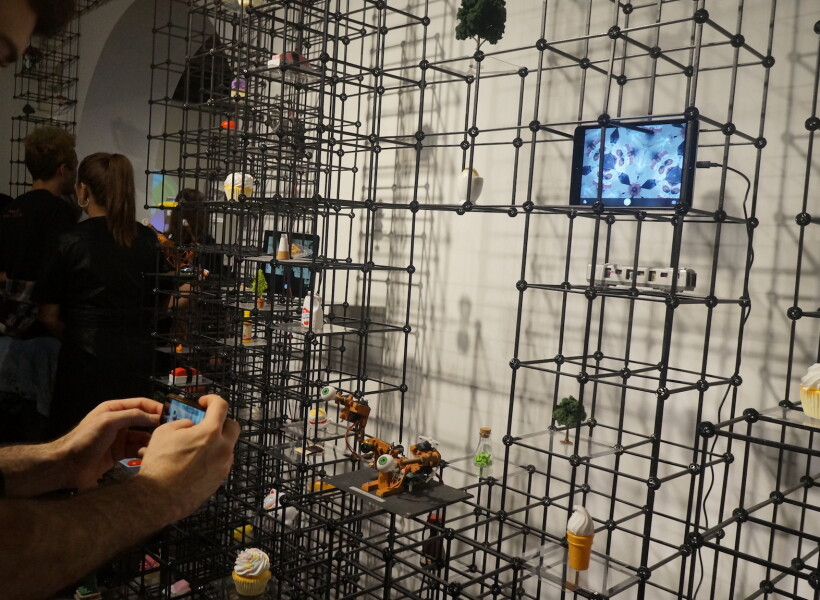 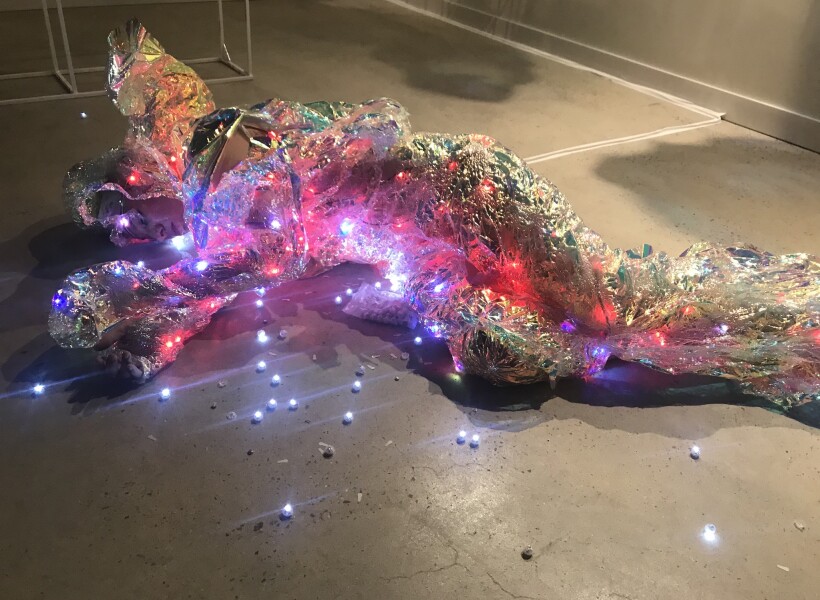 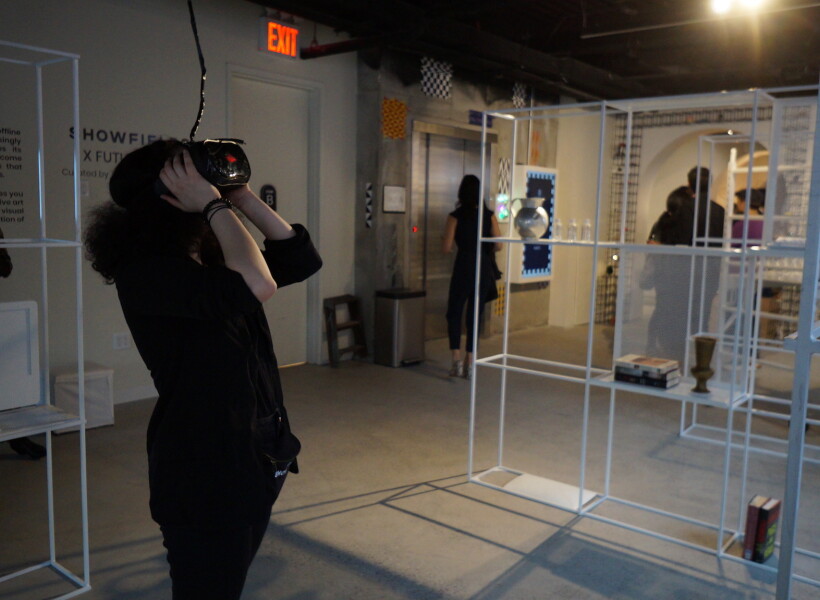 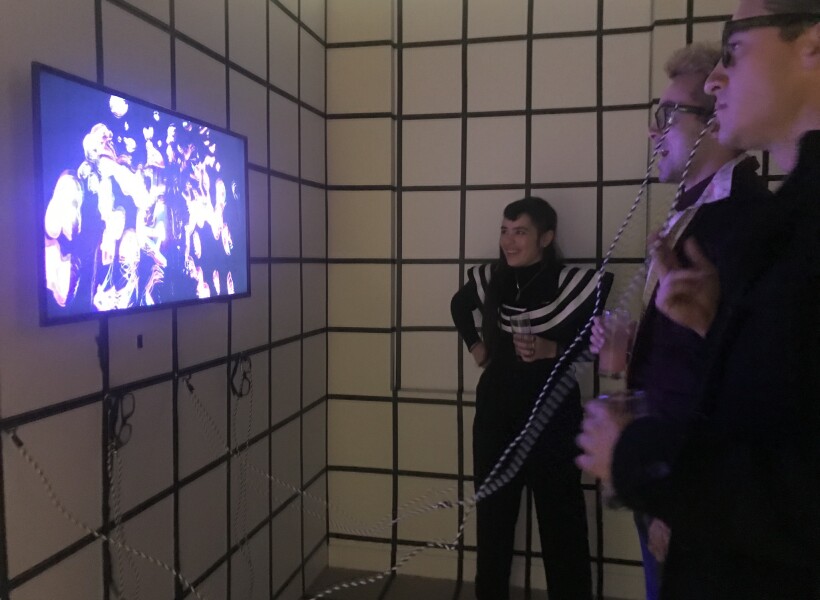 Featured in the exhibition, is No. 0, a modular, site-specific, 3D public art installation from Anna Frants’ series, “Explosion of a Can of Condensed Milk After Water Has Evaporated”. Conceptually referencing a computer grid and visually reflecting the infrastructure of a building sans walls, Frants builds upon an open framework, comprised of raw polypropylene struts that construct into varying realms. The interior (unlived-in lived-in) space is for viewers to navigate the visuals, sounds, words, and virtual actions of the exterior matrix — as birds chirp, recorded faces communicate, playful toys whiz and whirl, and sensor based robots surveil.