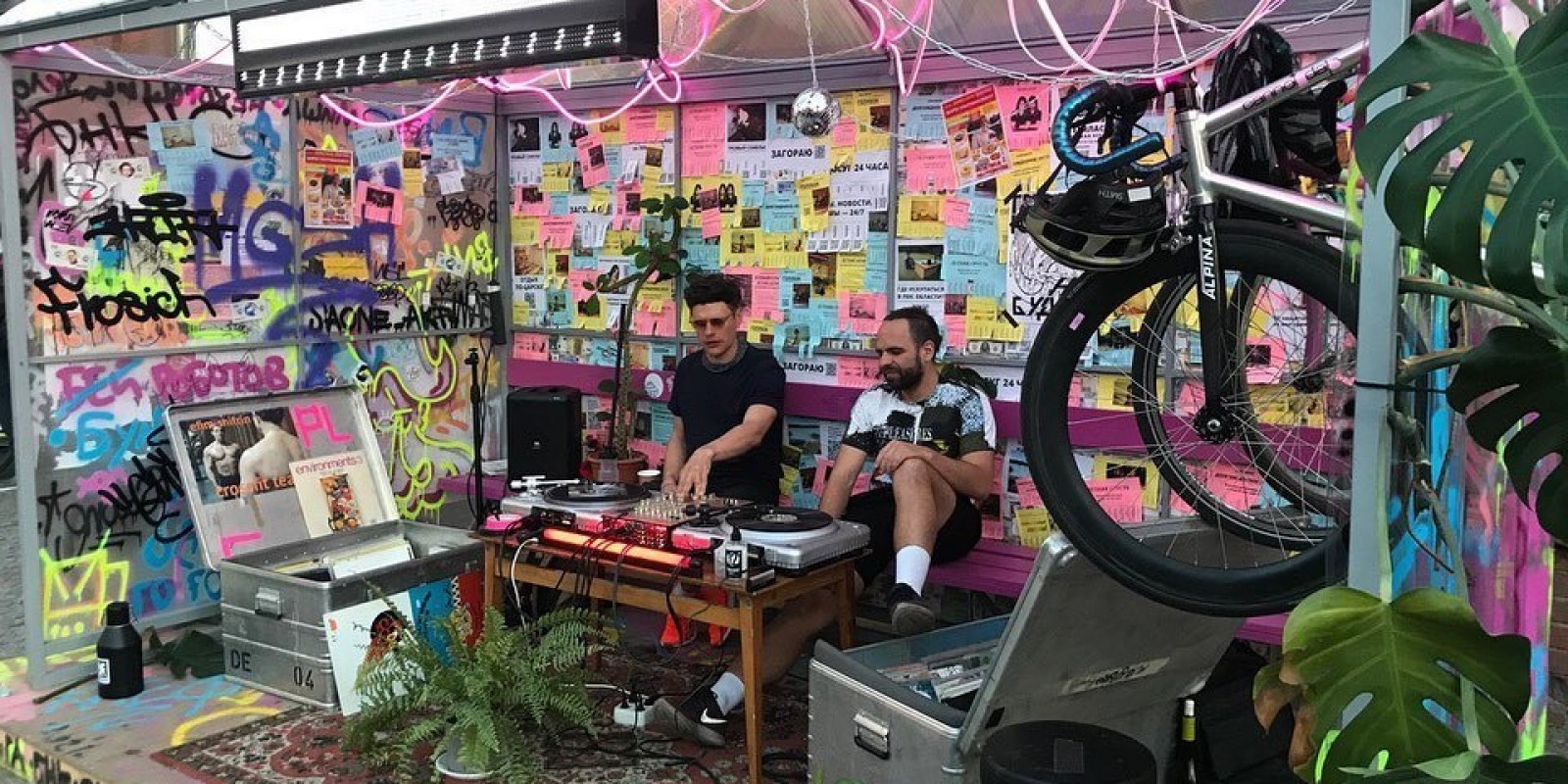 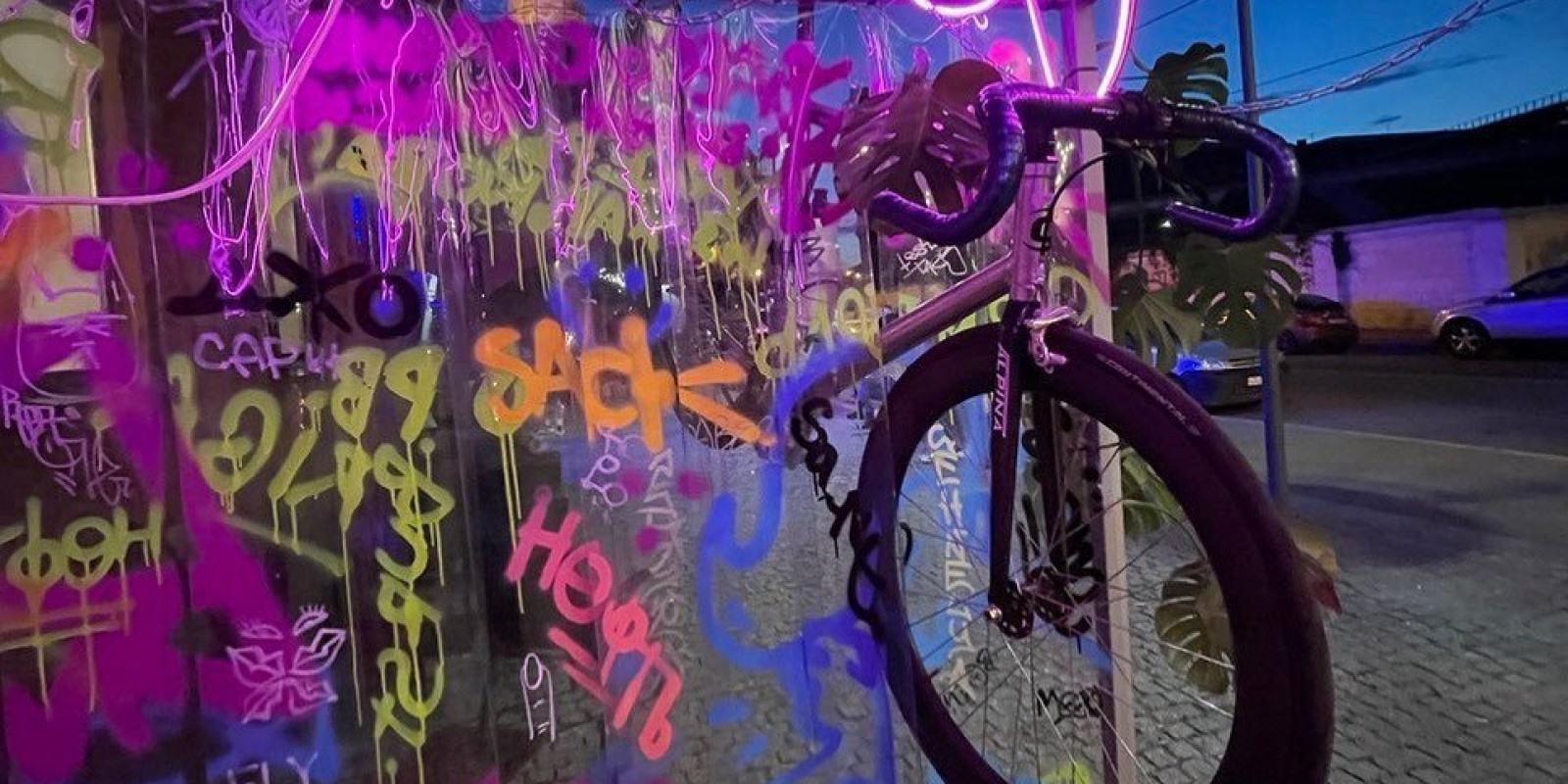 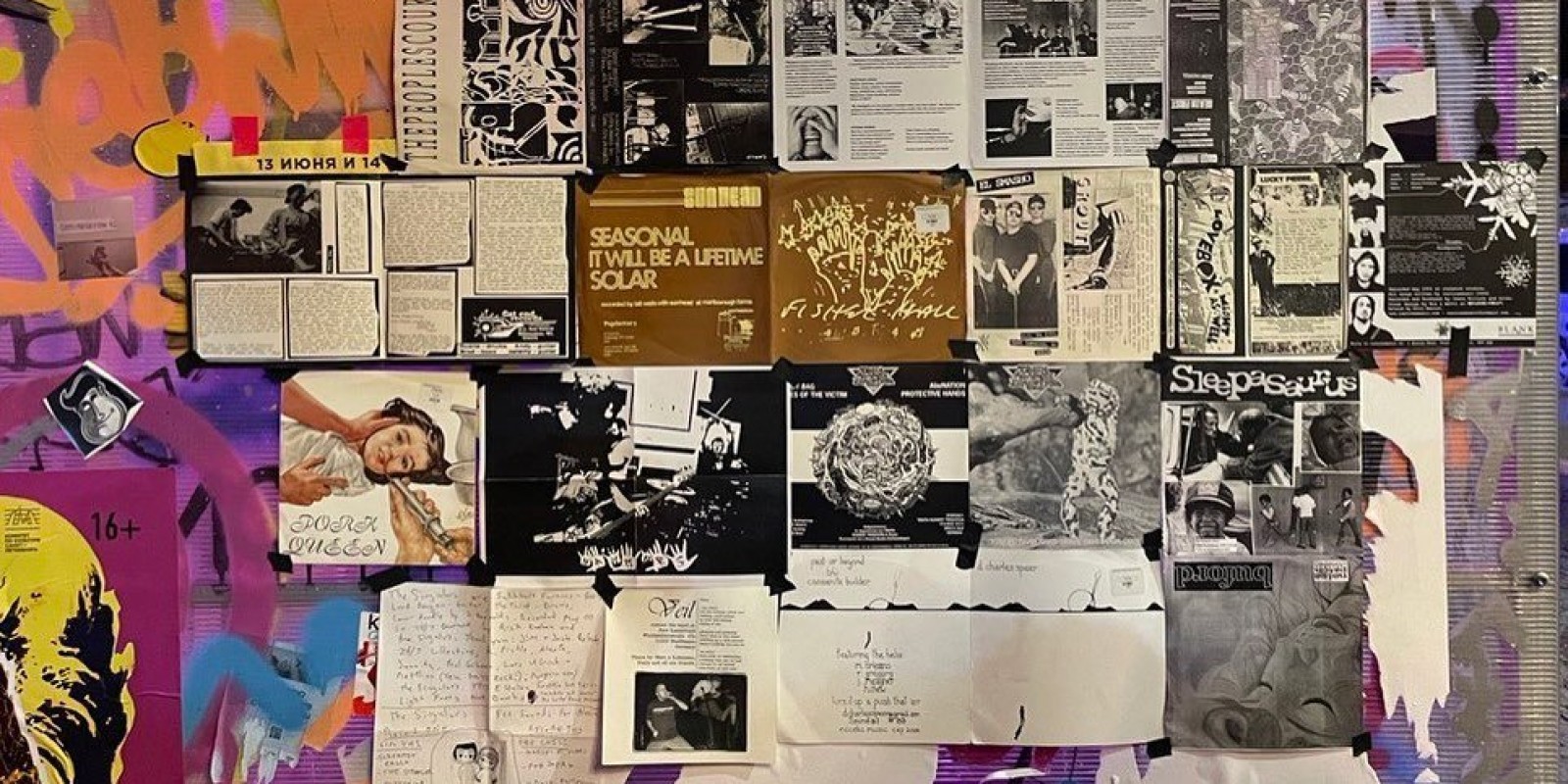 In mid-June, Alexey Grachev (intermedia artist, engineer, musician) and Vasily Bakanov (RnD chef, media artist, performer) did an audio performance as part of the «Moya Ostanovochka» (My Stop) Project (Sevkabel-Port). The artists played a set from a series of uncomfortable mixes — they put on records purchased in different parts of the world according to the principle of founded gems.

«Moya Ostanovochka» is an event-specific object created by the BIOROBOTY019 group specifically for the Science bar hopping festival in cooperation with @paperpaper_ru.

This is a real bus stop that is available to all visitors. On its walls, there are scientific and pseudoscientific-ironic announcements dedicated to the concept of the festival — the evolution of scientific knowledge.

«The stop acts primarily not as an isolated, self-sufficient object, but as a decoration of the situation in which the viewer is invited to participate. This is a permanent expectation of a better future, the advent of which is inevitably associated with scientific achievements and breakthroughs.» — BIOROBOTY019

«Moya Ostanovochka» was located at the entrance to Sevkabel Port. Right there, in the bars Red Head and Krng Corp, on May 30, lectures were held as part of Science Bar Hopping.