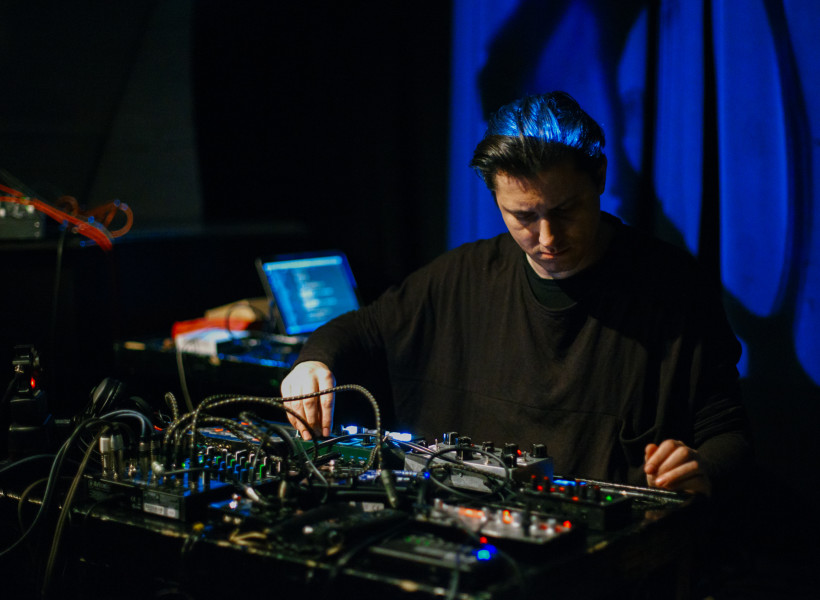 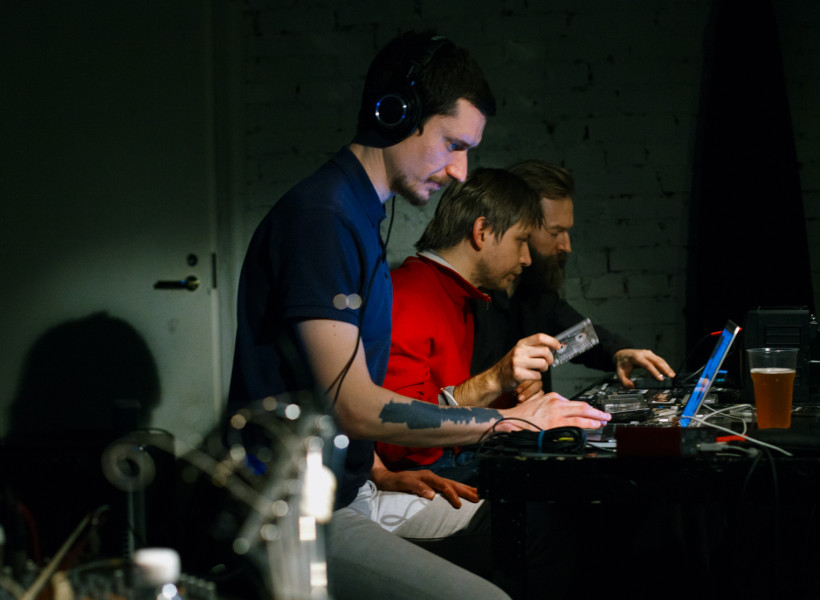 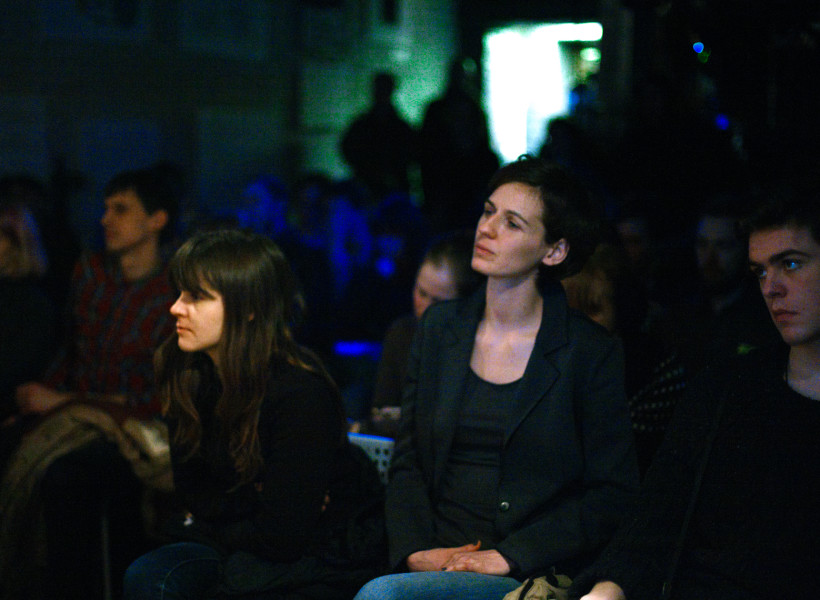 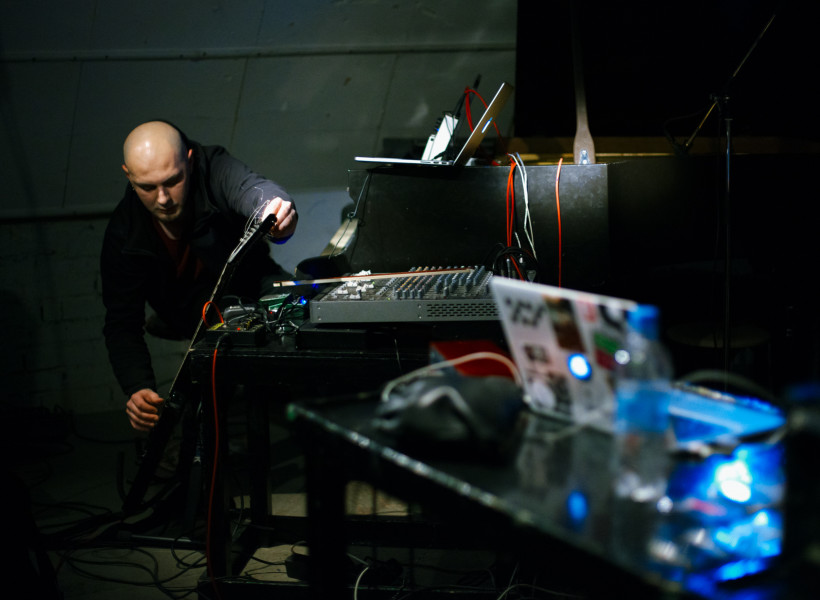 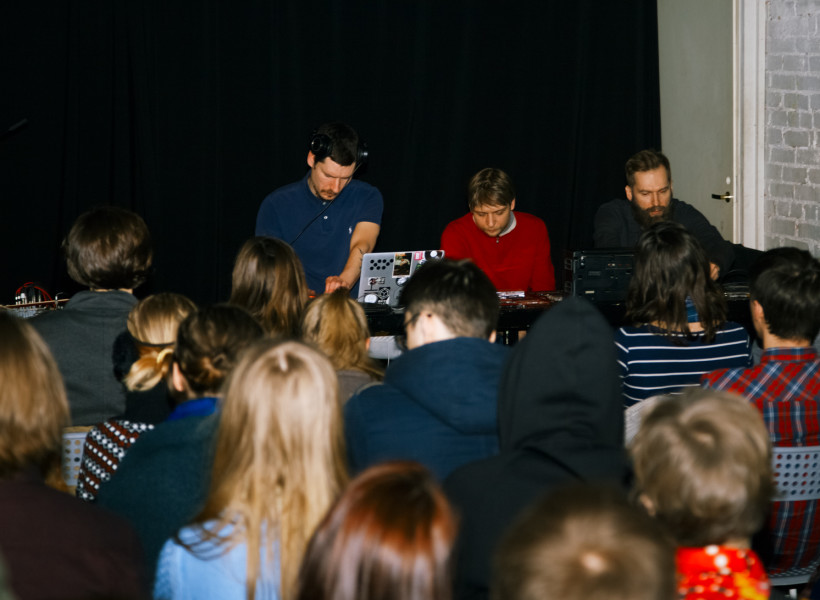 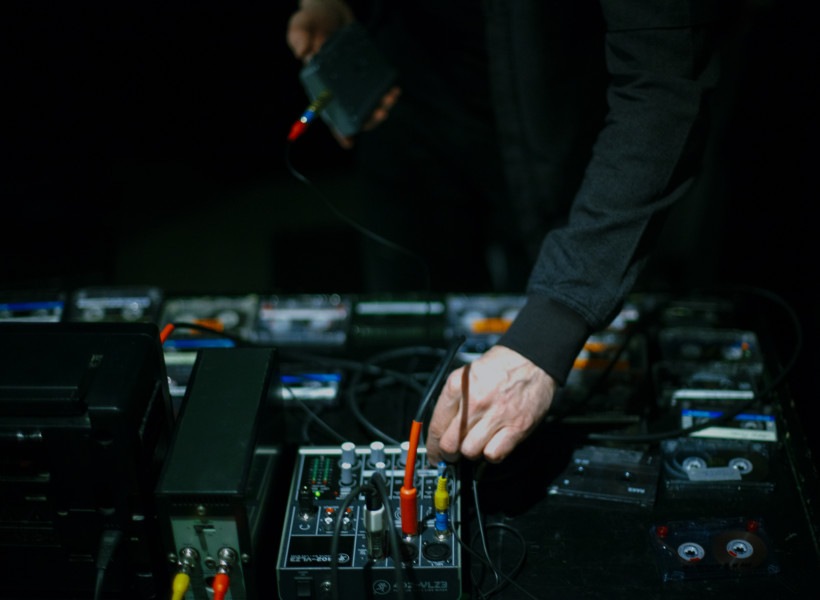 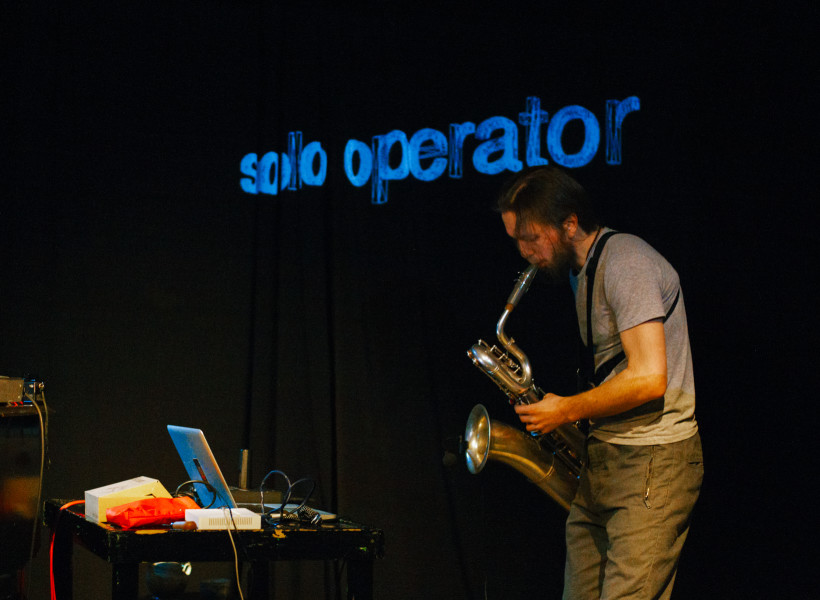 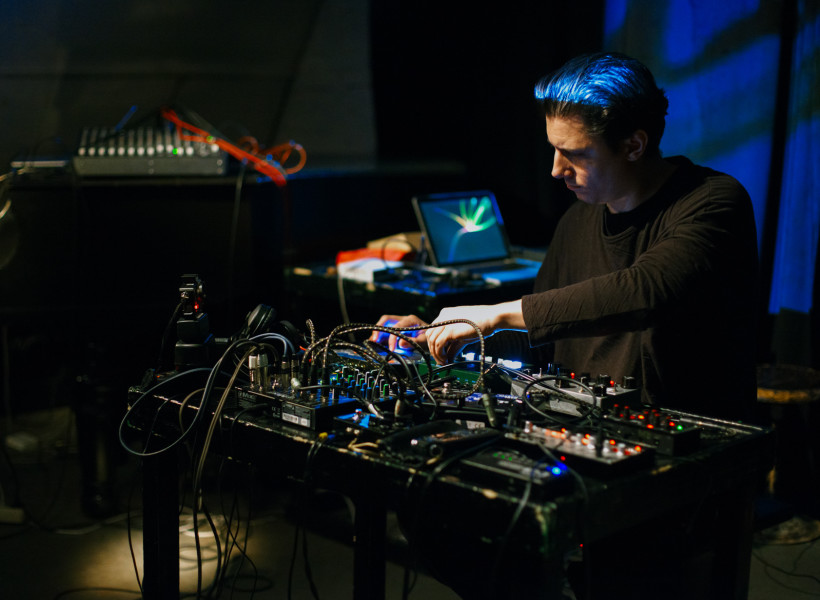 The participants of the sound art program work professionally in a wide number of fields: they include engineers, computer programmers, a scientist and, of course, sound artists. And each of them will send us a signal from their system of coordinates. The program of the tenth Cyfest features both veterans of the festival and new names. Among them are the New York minimalist composer Phill Niblock, Berlin composer and violin player Chatschatur Kanajan, the St. Petersburg Improvisational Orchestra with their project “Gadgetophonia” and others. For two evenings at the Museum of Sound, there will be performances by sound artists who collaborate with the Russian label Kotд Records, which releases music both on physical media (vinyl, CD, cassette tapes) and in digital format, with a particular focus on the improvisational electronics and avant-garde.

Chris Mgassa
Artist, musician. Born in 1991 in Russia. Graduated from the School of Culture and Arts as a director of theatrical performances. For a long time Chris was engaged in the study of different areas of art. He also traveled a lot. In recent years (2013–2015) he participated in various events of contemporary art in Tel Aviv (Israel). Currently he is working on his latest conceptual series of works «Biosingularity». Lives and works in Kaluga, Russia.

S A D (Russia)
Vasily Stepanov
Sound artist, musician, DJ. Born in Moscow, Russia. Has been working with sound since 1996. During his creative activities, made his mark with releases at the national and international independent labels (CYLAND Audio Archive, Trutypesounds, NN Records, Udacha and others). Member of the duet S A D and participant of numerous collaborations, including those with Yoshio Machida and Nikolay Rubanov. Lives and works in Moscow, Russia.

Vladislav Dobrovolsky
Sound artist, musician, curator. Born in Omsk, Russia. Works in experimental sound fields at the junction of improvisational, electronic and electroacoustic music. Uses synthesizers, modular synthesizers, DIY devices, field recordings and tape loops. Collaborates with such artists and musicians as Yoshio Machida, Nick Edwards, Peter Vogel and others. Former curator of the label CYLAND Audio Archive that produces audio art on the media manufactured with the lathe-cut technology. Curator of audio projects of the Cyfest Festival. Member of the synthesizer quartet Kurvenschreiber and the duet of tape mystifications S A D. Under the name Fitz Ellarald, was published by the Japanese label Amorfon and the American Squiggle Dot. Lives and works in Moscow, Russia.

Solo Operator (Russia)
Sound artist, musician, programmer. Born in Zelenograd, Russia. While studying cryptography and cybersecurity at the Engineering and Physics Institute (Moscow, Russia), got enthusiastic about free jazz, saxophone, world experimental stage and the DIY sound recording. Since 2009, Alexander has participated in the activities of music groups Wrist and Magic Single-Cell Music and has been actively involved in the project Ensemble of Children’s Musical Instruments, which helps him ultimately to combine the vision of a programmer and a musician, and it engenders a series of artworks in the field of media art and science art. Develops his solo music project Solo Operator. Lives and works in Moscow, Russia.
Wolffflow (Russia)
Sound artist. Born in Togliatti, Russia. Works with improvisational electroacoustic music, experiments with sound distortion and field recordings. Founder of the music union SCRRRATCH (free jazz, noise, funk, hardcore) and the solo project Wolffflow. Lives and works in Moscow, Russia.
wolffflow.bandcamp.com
Alexey Grachev (Russia)
Sound artist, engineer, computer programmer. Born in 1983 in Kaluga, USSR. Graduated from Kaluga branch of the Bauman Moscow State Technical University (Russia). Completed the program “School for Young Artists” at the Pro Arte Foundation (St. Petersburg, Russia). Artist, technical director and chief engineer of CYLAND Media Art Lab. Participant of the World Event Young Artists Festival (Nottingham, Great Britain, 2012), the Cyfest Festivals (Berlin, Germany, 2013, 2014), special project “Urbi et Orbi” at the 6th Moscow Biennale (Russia, 2015). Since 2015, together with Sergey Komarov, develops the sound project “Subjectivization of Sound” whose basis is the interaction with space and spectators. Lives and works in St. Petersburg, Russia.